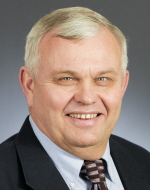 The announcement by Minnesota Representative Rob Eastlund on Thursday that he would not seek reelection this fall gives the DFL a better, though still quite distant, chance at a pick-up in November.

Eastlund, a five-term Representative, has survived several close shaves in his district, HD 17A, situated north of the Twin Cities, encompassing cities such as Cambridge and Isanti:

Those DFLers who have carried the district for statewide office have done so by much narrower margins than their statewide tally:

The vast majority of HD 17A is represented in Congress by DFL U.S. Representative Jim Oberstar (MN-08), with approximately 15 percent of the district represented by Republican Michele Bachmann (MN-06).