Minnesota GOP has failed to net a U.S. House seat in 9 of 15 election cycles in which the Republican Party made gains nationally since 1944 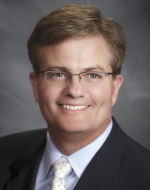 Now less than six months out from November’s general election, optimism is running high among Republicans nationally about their prospects for major gains in the U.S. House.

But will the favorable Republican winds blow into Minnesota’s Congressional Districts this fall and change the composition of the state’s current U.S. House delegation?

Considering the gaudy average margins of victory Democrats have amassed since new district lines went into effect in 2002 in the Gopher State’s 4th (32.3 points), 5th (42.4 points), 7th (37.1 points) and 8th (33.8 points) Congressional Districts, the top Republican priorities are to first hold their three Congressional seats and then take aim at DFLer Tim Walz in the 1st CD. (Early chatter of the potential political demise of Blue Dog Democrat Collin Peterson in 2010 in his GOP-leaning 7th CD has all but ceased).

Presuming, for the moment, that Republicans do hold serve in the 2nd, 3rd, and 6th CDs, what are the odds that the GOP can pick up a 4th seat with newly-endorsed State Senator Randy Demmer (pictured above) suiting up against Walz?

A Smart Politics analysis of the 33 election cycles dating back to the DFL merger in 1944 finds that Republican gains nationally frequently do not correlate with GOP gains in the Gopher State.

On eight other occasions, the Minnesota GOP delegation emerged from the general election with the same number of members from the previous election cycle.

In the other year in which Republicans made gains nationally, netting 2 seats in 1962, Minnesota Republicans lost two members from their U.S. House delegation. One seat was lost due to reapportionment when the Gopher State went from nine to eight congressional districts (H. Carl Andersen). Republican Walter Judd also lost his 5th CD seat to Don Fraser that year – a seat the DFL has not yielded since.

Note: The 1-seat gain for the GOP from 1976 to 1978 first occurred in February 1977 when Arlen Stangeland won a special election caused by the resignation of Democrat Bob Bergland to become the U.S. Secretary of Agriculture. Data compiled by Smart Politics.

Sometimes Minnesota Republicans have been able to make gains even when the national trend was against them.

For example, in 1958, Republicans lost a net total of 47 seats nationally, but Odin Langden recaptured the 9th CD for the GOP by ousting 2-term DFLer Coya Knutson by 1.4 points. And in the 2000 election cycle, Republicans lost a net total of two seats nationally, although Minnesota GOPers picked up one seat when Mark Kennedy defeated 4-term DFLer David Minge by 155 votes.

Of course, in order to more finely tune the calculus by which odds of a GOP pick-up might be determined in 2010, one needs to take into account how many seats were held by Republicans in Minnesota while they stalled or regressed at the time momentum favored the Republican Party nationally, as it currently does at the time of this writing.

· During two of these election cycles, 1978 and 2002, Minnesota Republicans netted one U.S. House seat to match the DFL at four apiece – with Republicans making national gains of 15 and 8 seats respectively. (Note: the 1-seat gain for the GOP from 1976 to 1978 first occurred in February 1977 when Arlen Stangeland won a special election caused by the resignation of Democrat Bob Bergland to become the U.S. Secretary of Agriculture. Stangeland retained the seat in the 1978 general election).

· On five occasions the Minnesota Republican U.S. House delegation remained at three seats: in 1976, 1984, 1986, 1988, and 2008. Republicans suffered through a net loss of seats nationally in each of these election cycles with the exception of 1984, when they gained 16 seats.

· On one occasion, 1990, Minnesota GOPers lost a seat, dropping to a two-member U.S. House delegation.

The lesson to be learned from this analysis is that national movement towards the Republican Party frequently does not result in the netting of more seats by the GOP in Minnesota, even when that movement is significant.

The most glaring recent example of Republican winds dying at the Minnesota border occurred during the early 1990s.

During the 1992 and 1994 election cycles Republicans netted over five dozen seats across the country. However, Minnesota’s GOP delegation remained stuck at just two members – unable to translate this national momentum into more seats won statewide.

Of course, history only tells part of the story. The rest is yet to be determined by the finesse and fundraising prowess of both the Walz and Demmer campaigns in the 1st CD race.

Note: The 1-seat gain for the GOP from 1976 to 1978 first occurred during a special election in February 1977. Data compiled by Smart Politics.