Only 11 of 111 justices have been born in the 24 states west of the Mississippi River; just 25 percent over the last 50 years 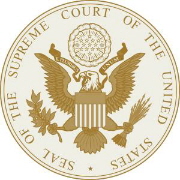 When Elena Kagan was nominated to the Supreme Court by Barack Obama earlier this year, it was observed by many journalists that – should she be confirmed – every current member of the Court would have received their law degree from either Harvard (John Roberts, Stephen Breyer, Ruth Bader Ginsburg, Anthony Kennedy, Antonin Scalia, Kagan) or Yale (Sonia Sotomayor, Samuel Alito, Clarence Thomas).

But Kagan’s confirmation would continue another trend that has persisted throughout the 19th and 20th Centuries and into the 2000s – a trend related to the geographic origin of the justices.

Kagan is a New Yorker, and would mark the fourth of the last six justices who were born in the Empire State (Sotomayor, Ginsburg, and Roberts).

Taking a wider view, Kagan would join six other justices born east of the Mississippi River: her fellow New Yorkers plus Alito (New Jersey), Scalia (New Jersey), and Thomas (Georgia). Only Breyer and Kennedy were born west of the river (both in California).

All told, a Smart Politics analysis finds only 11 of the 111 justices who have served on the Court were born in the 24 states west of the Mississippi River, with 94 justices born in the eastern half of the country and 6 born in foreign nations.

There is one obvious factor that explains why the the Court would be naturally tilted towards easterners across history, at least through the first few generations of the country – statehood was generally achieved from east to west across the nation over time.

As such, a majority of the nation’s population has always resided on the east side of the river (although most of the fastest growing states are currently out west).

But this does not completely account for the ongoing imbalance in the geographic origins of the justices today.

The 2008 U.S. Census population estimates find that the 26 states east of the Mississippi comprise approximately 59 percent of the nation’s population, with the 24 states to the west totaling approximately 41 percent.

And what states have given birth to the most justices over the past 221 years? 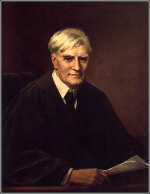 New York leads the way, with 13, including luminaries such as Benjamin Cardozo (pictured) and John Jay, the first Chief Justice of the Court.

The string of three New Yorkers to reach the bench (with Kagan pending) over the past generation ends a bit of a drought for the Empire State.

Prior to Ruth Bader Ginsburg’s confirmation in 1993, it had been 61 years since a native New Yorker was confirmed to the bench (Cardozo, in 1932).

In second place is the Commonwealth of Virginia, which has given birth to 10 justices, although nine of these were among the first 35 confirmed to the bench (including Chief Justice John Marshall).

Since Noah Swayne’s confirmation in 1862, only one of the last 76 justices has been a Virginian (Lewis Powell, the 99th Justice, confirmed in 1971).

The only states west of the Mississippi that crack the Top 15 are California and Minnesota, with three justices each (tied for #13).

The first justice born west of the river was Edward White, the Court’s 55th justice, who was born in Lafourche, Louisiana in 1845 and confirmed in March 1894.

But it would be another 26 years and 16 justices before the next such nominee came from a state across this great divide (the Court’s 71st Justice, Pierce Butler, from Minnesota in 1922).

It would then be another 17 years and 8 justices before the third such nominee ascended to the bench – William Douglas, also born in Minnesota, confirmed in April 1939.

Even since the end of World War II, 20 of the 28 justices confirmed to the court were born in states east of the Mississippi, or 71.4 percent.

And the trend is not waning.

If Kagan is confirmed, 15 of the last 19 justices will have been born in states east of the Mississippi (79 percent).

Of course, given the increased mobility of modern society, if there is a geographical bias in play today, it may not be so much in what state one is born but rather in what state one lives when one makes his or her professional mark.

A Smart Politics analysis of where justices first settled into their careers after their education finds the numbers are still heavily tilted towards the eastern half of the country.

In total, 92 justices made their professional mark east of the Mississippi, or 83 percent, compared to just 19 in the western half of the country.

New York again tops the list, with 14 justices spending a significant portion of their professional development in the Empire State. 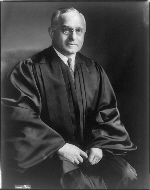 Non-native New Yorkers who came to the Empire State include Austrian-born Felix Frankfurter (Justice #78, pictured) and Illinois-born John Harlan (Justice #89), both of whom became Assistant United States Attorneys for the Southern District of New York.

Ohio has been the next most common state in which future jurists have developed professionally with 11 justices, the most recent being Michigan-born Potter Stewart (confirmed in 1959).

California (4) and Minnesota (3) are again the only states west of the Mississippi to land just outside the Top 10.

Overall, 24 states have not given birth to a Supreme Court justice to date including Delaware, Rhode Island, and Vermont – each of which achieved statehood in the 1700s.