New Mexico, Alaska, and Indiana have provided the tightest gubernatorial races in the nation since 1900; over the last three decades: Mississippi, Illinois, and Virginia 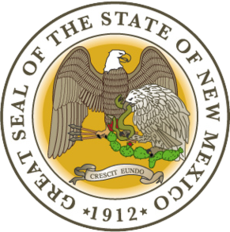 This is the eighth in a series of historical reports leading up to the gubernatorial elections of 2010. Past reports have examined the historic Class of 2002 and its large number of first-term governors, the success rate of ex-governors trying to reclaim their office, plurality winning gubernatorial campaigns, states with the most living ex-governors, what states give birth to the most governors, the number of potential GOP victories this election cycle, and the large number of prominent third party candidates making waves in 2010.

If history has its say, the gubernatorial contest in New Mexico between Democratic Lieutenant Governor Diane Denish and Republican Dona Ana County District Attorney Susana Martinez will go down to the wire as the most competitive race in the country in 2010.

The New Mexico race, along with several others among the more than three dozen states with gubernatorial elections on the ballot this November, has been categorized as a ‘toss-up’ by most political analysts as the campaign soon heads into the final 60 days.

And while term-limited Governor Bill Richardson won the office by an average of 27 points in 2002 and 2006, those contests are aberrations in the annals of gubernatorial electoral history in the Land of Enchantment.

A Smart Politics analysis of nearly 1,800 gubernatorial elections since 1900 finds that while the average margin of victory in such contests nationwide has been 21.0 points, New Mexico has averaged a highly competitive 7.5-point victory margin across its 38 contests held since statehood.

However, despite this history of highly competitive races for the state’s chief executive office, including 20 of 22 races decided by single digits from 1942 through 1998, New Mexico Democrats have consistently edged out Republicans in these tight contests – winning nearly twice as many elections as the GOP (25 to 13).

But the 16.4 and 37.6-point victories by Richardson in 2002 and 2008 respectively do not reflect the competitiveness of New Mexico gubernatorial races across the decades.

Richardson’s 2008 win marked the largest margin of victory in state history while his 2002 triumph was the third largest, behind Democrat Jack Campbell’s 20.4-point victory in 1964.

But New Mexico isn’t the only state that has provided election watchers with interesting gubernatorial contests cycle after cycle.

The 9.0-point average margin of victory across Alaska’s 13 gubernatorial elections since statehood rank the Last Frontier State as the second most competitive in the nation, with 10 of these races decided by single digits (77 percent).

Adding to the drama and tight races in Alaska have been the prominence of strong third party candidates (e.g. Wally Hickel winning in 1990) as well as write-in campaigns that have defeated endorsed major party candidates, landing write-in candidacies in second place twice (Wally Hickel in 1978 and Robin Taylor in 1998).

And what state has served up the least competitive gubernatorial elections over the last 110 years?

Although four of its last five races have been decided by single digits, the State of Georgia has hosted the most lopsided contests in the nation overall, with an average victory margin of 75.1 points across its 39 gubernatorial elections since 1900.

Of course, due to the dominance of the Democratic Party for decades upon decades in the South, the winner of the Democratic primary often went uncontested in the general election in many southern states – driving up this gaudy margin of victory tally.

As a result, despite a gradual rise in competitiveness and then power for the GOP in the region beginning in the mid-1960s, 11 of the 12 states with the largest average margin of victories in gubernatorial races since 1900 are southern states.

Margin of Victory in Gubernatorial Races Since 1900 by State

The only non-southern state with a history of blow-out gubernatorial races over the last century is Vermont, coming in at #42.

The Green Mountain State, which has held 55 elections since 1900, has had an average victory margin of 26.8 points, with just nine of these decided by single digits (16 percent). 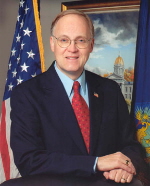 Those perplexed by how what is now one of the most liberal states in the nation could have recently elected a Republican to four consecutive terms (outgoing Governor Jim Douglas, pictured), as well as staked 2010 GOP nominee Lieutenant Governor Brian Dubie to a double-digit lead in general election matchup polling, should take note of the state’s electoral history: Vermont has elected Republicans into the governor’s mansion in 42 of the state’s 55 races since 1900.

But because the partisan voting behavior in a state’s electorate can change drastically over time (e.g. in the South), taking only the long view of history is not necessarily a good predictor of what gubernatorial races are likely to be competitive in 2010.

As such, the table below lists the Top 10 most competitive states in gubernatorial races since both 1965 (the year after the landmark 1964 Civil Rights Act) and 1980 (the beginning of the Reagan Revolution).

As the table above demonstrates, over the past three decades some of the most competitive races for governor have taken place in the South.

From 1980 to 2009, the State of Mississippi has provided the narrowest average margin of victory at 8.7 points per election.

By contrast, every other region in the United States has seen its average margin of victory in gubernatorial contests increase during this span, with the nine-state eastern region of the country home to the largest average victory margin since 1980 at 18.7 points.

Note: State are grouped into regions as designated by the U.S. Census Bureau. Table compiled by Smart Politics.

However, one southern state continues to rank as the least competitive in the nation – Louisiana.