Democrats have never won a gubernatorial election in Wisconsin when they have lost their U.S. Senate race 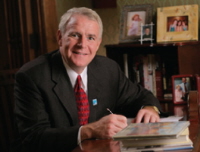 A general rule of thumb when anticipating results on Election Day is that the race at the top of the ticket in a state will frequently dictate what happens in contests further down the ballot.

But when it comes to gubernatorial elections in Wisconsin, there has been a different calculus at work.

A Smart Politics analysis of historical election returns in Wisconsin finds that Democratic gubernatorial candidates have lost every election since 1914 in which the Democratic U.S. Senate candidate did not prevail – 15 out of 15 races.

This does not bode well for Milwaukee Mayor Tom Barrett (pictured above), who is seeking to extend the Democratic winning streak for the governorship of the Badger State to three consecutive elections – for the first time since 1958, 1960, and 1962 – as well as set the record for years of continuous Democratic control of the governorship in the state.

The eight consecutive years of Democratic control in Wisconsin through outgoing governor Jim Doyle’s term in January 2011 will set the longest such stretch in the Party’s history, eclipsing Patrick Lucey’s six-year reign from 1971-1977. 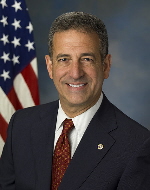 The historical data suggests Barrett will want to doubly cross his fingers that fellow Democrat Russ Feingold wins a fourth term in his U.S. Senate matchup against Republican Ron Johnson.

(Johnson has enjoyed a slim single-digit advantage, within the poll’s margin of error, in each of the last four Rasmussen surveys dating back to mid-July).

However, that does not mean that a Democratic U.S. Senate victory is a guarantee for success in the gubernatorial race, although the odds have been more favorable.

Democrats have not fared much better in the race for governor during Class II U.S. Senate election cycles when Wisconsin does not have a Senate contest on the ballot.

In these cycles, Democratic gubernatorial candidates have won just two races and lost nine, notching their only victories in 1960 with Gaylord Nelson and 2002 with Jim Doyle.

The good news for Feingold, however, is that if Barrett’s campaign gains traction, he might be on his way to a much easier path to victory.

And that is because on no occasion has the Democratic Party won a governor’s race in Wisconsin and lost the U.S. Senate race that same cycle.

Looking deeper into the numbers over the last several decades, it becomes apparent that Democratic U.S. Senate candidates have consistently performed better than their Democratic colleagues at the top of the ticket – either presidential or gubernatorial candidates.

Since 1950, Democratic Senate candidates in Wisconsin have both won a higher percentage of the popular vote as well as a higher margin of victory (or lower margin of loss) than Democratic nominees in top of the ticket races in 19 of 20 election cycles.

Overall, such Senate candidates have won an average of 56.0 percent of the vote, compared to just 47.3 percent for Democratic presidential or gubernatorial candidates that same cycle – or an 8.7-point better performance than the top of the ticket.

The only election cycle since 1950 in which a Democratic U.S. Senate nominee fared worse than the top of the ticket was in 1964, when William Proxmire won his third term with 53.3 percent of the vote.

Lyndon Johnson carried the Badger State that November with 62.1 percent against Barry Goldwater.

Democratic candidates have also averaged a +15.0-point higher margin of victory (or lower margin of loss) across these twenty election cycles vis-à-vis their top of the ticket Democratic brethren.

Last column denotes the difference between the margin of victory or margin of loss for Democrats in the race for U.S. Senate and governor. Data compiled by Smart Politics from State of Wisconsin Blue Book.

And there’s even more data to suggest Barrett will need Feingold to win a healthy majority on Election Day if he is to keep the governorship in the Democratic column.

During the last 14 election cycles since 1950 in which U.S. Senate and gubernatorial elections in Wisconsin have been held in the same year, Democratic Senate candidates have outperformed gubernatorial candidates in 13 of them – winning an average of 8.2 points more of the popular vote.

The exception was in 1956, when Democratic U.S. Senate candidate Henry Maier won just 41.2 percent of the vote in his loss to three-term GOP incumbent Alexander Wiley.

In the open seat gubernatorial race, William Proxmire won 48.1 percent of the vote in defeat to Vernon Thomson. This marked the third consecutive gubernatorial election loss for Proxmire before he would shift his political ambitions to the U.S. Senate – later winning a 1957 special election after the death of GOPer Joe McCarthy.

Last column denotes the difference between the margin of victory or margin of loss for Democrats in the race for U.S. Senate and governor. Data compiled by Smart Politics from State of Wisconsin Blue Book.