Weber says GOP will net 48 or 49 seats in House, 8 seats in Senate, and Tom Horner to hit 20 percent mark in Minnesota gubernatorial race 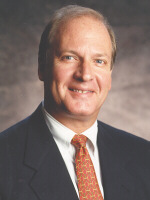 Former Republican Congressman Vin Weber spoke at the University of Minnesota’s Humphrey Institute on Thursday afternoon to discuss the nature and extent of the partisan shift to the GOP, and why it hasn’t quite taken hold to such an extent in Minnesota.

Weber began his talk by explaining how Democrats misread the 2008 election by thinking the country had turned a page towards progressivism, and that it was an ideological victory for liberals, when in fact the public was just “Very anxious to see George W. Bush on a plane back to Texas.”

The pullback to conservatism – and the accompanying shift to the right – has occurred faster than at any time Weber had seen in his lifetime, and he fully expects the 2010 election to be more ideologically driven than both 1980 and 1994.

The former Congressman described this shift as evidenced by a fundamental change that has taken place among the public’s attitude toward spending, the federal debt, and, most importantly, the government’s ability to solve problems.

And what will be the result?

Weber believes the House will flip to the GOP while Democrats will hold a narrow majority in the Senate. Weber thinks the shift to the Republicans has peaked, and he doesn’t see a gain of 60 to 70 U.S. House seats like some are projecting.

The conservative D.C. insider ultimately settled at +48 or +49 seats in the House and +8 seats in the Senate for Republicans.

When asked if there was anything Democrats could do to reverse the course of public opinion in time for the November election, Weber recounted an axiom told to him by someone on the Hill in the 1970s: “The cake is in the oven by the Fourth of July.”

In short, the macropolitics are in place and can’t be undone in a couple months.

But Weber doesn’t believe it will be business as usual when the new Congress convenes in January. He said there won’t simply be new faces and more Republicans, but a new attitude, particularly towards spending.

Incumbents who do survive are going to look at their new colleagues, and those who lost their primary or general elections, and wonder what spending bill will do them in the next election cycle.

As a result, Weber believes it is going to be difficult to pass appropriations bills.

But Weber didn’t paint a completely rosy picture for the GOP, noting how the Tea Party phenomenon has “hurt” Republicans in U.S. Senate races – probably costing them control of the upper legislative chamber. 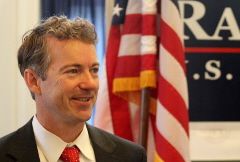 Weber disagreed with the Party’s view about illegal immigration’s negative impact on the U.S economy and how candidates such as Rand Paul, while “not a stupid man,” has nonetheless revealed many Tea Party candidates to be “not politically sophisticated.”

Turning to Minnesota politics, the former Congressman restated his support for Tom Emmer in the gubernatorial race, but acknowledged the GOPer had a bad campaign from May to early July. Weber thinks Emmer’s support has dipped as low as it can possibly go, and that he will move up in the polls in the coming weeks.

While Weber says Horner’s decision to put forth specific budget proposals does set him apart as the “wonk”-ish candidate, he believes it will be difficult for Minnesotans to vote for someone who will propose installing a tax on clothing for the first time in state history.

Weber believes most of Horner’s forthcoming bump is going to come at the expense of DFLer Mark Dayton, to whom he ascribed as having an “erratic background.”

But why isn’t Emmer running away with the race, given the clear national momentum toward the Republican Party?

To this, Weber says the intensity among a number of issues is not being felt as strongly in Minnesota because there is not a U.S. Senate candidate on the ballot, and, as such, national issues are not having as much of an impact on state politics. Weber also acknowledges the fact that the Gopher State has had a Republican governor for eight years has also played a role (as such, the GOP is not as immune from criticism of the state’s woes as on the national scene).