While political observers wonder whether the national Republican wave will oust the Democratic Party from power in top of the ticket races for governor and U.S. Senator in Wisconsin, there is another measure of political activity that suggests Badger State residents are not happy with the status quo.

A Smart Politics analysis of more than 2,000 general election State Assembly races over the past 40 years finds that the number of districts with independent or third party candidates on the ballot, as well as the total number of such candidates, are at their highest levels since 1974.

In November’s elections for the Wisconsin Assembly, 25 non-major party candidates across 23 districts will be on the general election ballot, the most in both categories in 36 years.

Overall, 12 independents are running for Assembly seats, in addition to seven Libertarians, two Constitution Party candidates, one candidate from the Wisconsin Green Party, and three other minor party candidates. 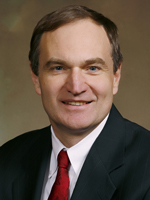 One of these dozen independent candidates is Bob Ziegelbauer in the state’s 25th District, who had been elected nine times to the Assembly as a Democrat from 1992 through 2008.

Ziegelbauer, one of the most conservative members of that caucus, left the party in mid-June of this year.

The 25 independent and third party candidates running in 2010 are seven more than the combined number of such candidates who ran in 2006 (7) and 2008 (11) when anti-Republican sentiment ran high in the Badger State. Democrats seized control of the lower chamber in 2008 after winning back the State Senate in 2006.

But it’s not simply an anti-Democratic mood in Wisconsin that is leading to these third party candidacies.

The surge in candidates challenging the two major parties is at its highest level since the early 1970s, when the American Party fielded dozens of candidates across the Badger State.

The state’s only Assembly candidate who was victorious in 2008 without running under the Democratic or Republican party banner, independent Assemblyman Jeffrey Wood from the state’s 67th District, is not running for reelection this November after a series of substance abuse and other arrests over the last two years.