Six seats up for election in 2012 rank in the top 10 for the most frequent change in party control since the introduction of popular vote elections, including Sherrod Brown’s (OH), Claire McCaskill’s (MO), and Joe Lieberman’s (CT) 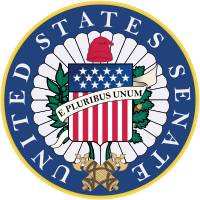 With Republicans falling just a few seats shy of taking control of the U.S. Senate last November, the media is already honing in on those seats currently held by Democrats that might flip in two years.

D.C. prognosticators are helping to lead the charge – not allowing any dust to settle on their slide rules or abacuses – with several already handicapping a 2012 election cycle that finds Democrats needing to defend 23 of 33 seats.

But how frequently do Senate seats actually flip parties?

A Smart Politics review of the more than 1,500 U.S. Senate contests conducted since popular vote elections were introduced 100 years ago finds the average partisan hold on a Senate seat is 36 years.

The average Senate seat has changed partisan control just 4.2 times since its first popular vote election (which ranges from 1906 with Oregon’s Class II seat, to 1918 for the 25 remaining Class II seats, to the four seats from Alaska and Hawaii in the late 1950s).

However, among those seats considered most likely to switch parties in 2012 are those that historically have been the most politically schizophrenic in the nation.

But the two seats with the greatest partisan turnover across the last 100 years will not be on the ballot in 2012. 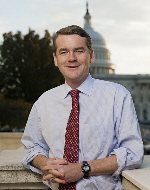 At the top of the list is Colorado’s Class III seat – narrowly held by Democrat Michael Bennet in 2010 by less than two points against GOP challenger and Tea Party favorite Ken Buck.

Bennet’s seat has flipped 12 times since its first popular vote election in 1914, for an average of once every 8.1 years – or 4.4 times shorter than the national average of 36 years.

Democrat Charles Thomas was the first popularly elected U.S. Senator to the seat – holding it for a term until losing his reelection bid to Republican Samuel Nicholson in 1920. Nicholson would die in office after just two years, and a Democrat, Alva Adams, was appointed to the seat. Adams, however, retired after just one and a half years, and Republicans took back the seat in December 1924 with the election of Rice Means.

This seat was first on the ballot in 1912, and has thus seen a change in control every 8.3 years. 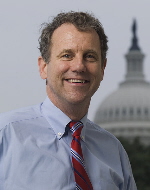 But 2012 also finds several historically turbulent seats on the ballot, beginning with Sherrod Brown’s Class I seat, which the GOP has marked with one of its biggest bulls-eyes .

Brown’s seat has flipped 10 times since its first popular vote election in 1916, or once every 9.5 years – the third most in U.S. history.

Half of these changes in partisan control have occurred with incumbents losing reelection: Democrat Atlee Pomerene (in 1922) and Republicans Simeon Fess (1934), John Bricker (1958), Robert Taft (1976), and Mike DeWine (2006).

Claire McCaskill’s Senate seat in Missouri has been another topsy-turvy seat, notching the 8th most frequent turnover in party control in history.

The seat has endured eight such changes since its first popular vote election in 1916, or once every 11.9 years.

Other Class I seats up for election in 2012 that have produced a much higher than normal change in partisan control include:

But while these seats have provided many dramatic shifts in the partisan preferences of the electorate, many have not.

In fact, more than half of U.S. Senate seats have flipped four times or fewer during the past 100 years (52 seats).

Three seats have never changed partisan control since the introduction of popular vote elections a century ago – all held by Democrats: