Incumbent presidents have won only 50 percent of elections against former elected officeholders over the last 220 years, compared to 76 percent against sitting elected officials and those never elected to political office

The last four times incumbent presidents ran for reelection, they were opposed by candidates currently serving in elected office: John Kerry in 2004, Bob Dole in 1996, Bill Clinton in 1992, and Michael Dukakis in 1988. (Note: Dole retired from his Senate seat a few months before the general election after he had locked up the GOP nomination).

All of these potential candidates left their last elected post – from a month to more than a decade ago – as a result of either not seeking an additional term in office, resigning from their position, or losing at the ballot box.

The deep bench of ex-elected officials exploring the possibility of a presidential run might be good news for Republicans if history has anything to say about the 2012 election.

To be sure, presidents have largely been successful when running for reelection across U.S. history – winning 21 contests overall and losing just 10, or a 68 percent success rate over the last 220 years.

From time to time, however, the electorate is discontented enough with the direction of the country and is willing to consider a change in executive leadership.

(Two incumbents never faced an opponent early in the country’s political history: George Washington in 1792 and James Madison in 1820).

Former elected officials who have defeated sitting presidents include two recent examples and four from the 19th Century.

· Four years after his defeat, Cleveland returned to beat President Harrison in 1892.

· Jimmy Carter closed the chapter on his gubernatorial career in 1975 – nearly two years before he defeated Gerald Ford in the Election of 1976.

· It had been more than five years since Ronald Reagan was Governor of California when he soundly defeated Jimmy Carter in 1980.

Against these six defeats, presidents have prevailed six times against ex-elected officials, in 1872 with Ulysses Grant (over former US Representative Horace Greeley), in 1900 with William McKinley (beating former US Representative William Jennings Bryan), in 1916 with Woodrow Wilson (over former New York Governor Charles Hughes), in 1924 with Calvin Coolidge (defeating former Congressman John Davis), in 1956 with Dwight Eisenhower (over former Illinois Governor Adlai Stevenson), and in 1984 with Ronald Reagan (over former Vice President Walter Mondale). 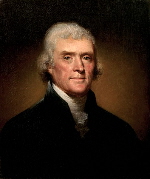 Incumbents are undefeated during the four cycles in which they were challenged by candidates who had never previously been elected to political office: Thomas Jefferson against Charles Pickney in 1804, Abraham Lincoln versus George McClellan in 1864, Teddy Roosevelt against Alton Parker in 1904, and Franklin Roosevelt over William Willkie in 1940.

* The status of the most successful challenger was used for calculations in elections in which multiple challengers carried states (1824, 1832, 1836, 1856, 1860, 1892, 1924, 1948, and 1968) with the exception of 1912, in which incumbent William Howard Taft was recorded even though third party candidate Teddy Roosevelt received the second most electoral votes. Data compiled by Smart Politics.