History suggests having a DFLer in St. Paul is unlikely to be a decisive factor, but may be worth +1.4 points to Obama in next year’s presidential race

Democratic presidential candidates have had no trouble carrying the state of Minnesota in recent decades – winning nine consecutive races despite holding the governor’s mansion during just three of these election cycles (1976, 1984, 1988).

Smart Politics previously debunked the myth that Democratic presidential candidates were at a disadvantage in carrying states with Republican governors at the helm in key 2012 battleground states.

But what about in Minnesota?

A Smart Politics review of presidential elections in Minnesota since the DFL merger in 1944 finds that although Democratic presidential candidates have won a larger percentage of races and notched a larger percentage of the vote when the Gopher State governorship was under GOP control, they have performed an extra 1.4 points better than their national vote percentage when a DFLer rather than a Republican is in St. Paul.

Of course, electoral votes are all about wins and losses, and are not awarded according to expectations or beauty points.

On that score, Democratic presidential nominees – as the above study suggests – have not been deterred when Republicans hold the top statewide office in Minnesota.

Democrats have carried the Gopher State in eight out of nine presidential contests in the face of GOP governors, compared to five of seven elections with DFLers holding the governor’s office. (Al Gore also won Minnesota in 2000 with a third party governor, Jesse Ventura, running the state). 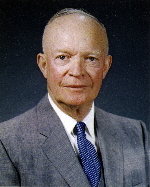 The only time a Democratic presidential nominee failed to win Minnesota’s electoral votes since the DFL merger with a Republican in St. Paul was in 1952, when Dwight Eisenhower defeated Adlai Stevenson in Minnesota by 11.2 points.

However, Democratic presidential candidates have enjoyed a slightly larger bump in Minnesota against their national vote percentage with a DFLer in the governor’s mansion.

Of course, Minnesota has largely voted Democratic in presidential races more than the nation as a whole during this span, so a tilt above the national average is expected in the Gopher State – and it has been +4.7 points on average under DFL gubernatorial control since 1944.

In short, gubernatorial control seems to have little effect in terms of winning or losing the presidential race in Minnesota, however a home-field advantage is associated with a +1.4-point boost for Democratic nominees as compared to when it is under GOP control.

Of course, if that +1.4 points is the difference for Obama in winning or losing Minnesota in 2012, the President’s reelection chances are probably very slim.

Democratic Presidential Nominee Performance in Minnesota with State Under DFL vs. GOP Control, 1944-2008

MoV column depicts the number of percentage points by which the Democratic presidential nominee won or lost Minnesota. Data compiled by Smart Politics.