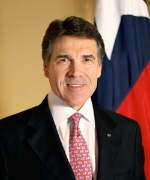 A governor’s official portrait is, to be sure, more than simply a photo capturing a moment in time.

The portrait is an enduring image that brands the governor as it becomes the go-to photo reproduced on hundreds and hundreds of occasions across print, television, and digital media outlets.

Although most governors adhere to traditional formalities of dress and decorum for these photographs, the way in which a governor presents his or herself around the edges is rarely left to chance, with a critical eye towards not only wearing the right smile, but also effectively utilizing important symbols – from flags all the way down to the choice of tie color.

Such symbolism can create quite powerful images – and the choices a governor makes in adorning his or herself may reveal a lot to constituents.

And what choices have the current crop of governors made in their photographs?

Smart Politics content analyzed the official portraits of the nation’s 50 governors and found that Republicans were more likely to pose with a state or U.S. flag than Democrats and more than eight times as likely to decorate their suit with a lapel flag pin.

Republicans were also three times as likely to choose a red tie over a blue tie, whereas the red-vs.-blue tie selection was virtually split down the middle among Democratic governors.

Note: The photos analyzed for this report are the official portraits, usually appearing prominently on gubernatorial websites. For the small number of governors for which no such official photo was available on-site, either the photo on the governor’s official Facebook page or the most prominently displayed photo on the state website was used (e.g. usually on the top banner).

Governors chose to sit for their official portraits with flags in the background at nearly twice the rate (32) as those that did not (18).

GOP governors were slightly more likely to be captured by the lens alongside a U.S. or state flag (20 of 29, 69 percent) as their Democratic colleagues (12 of 20, 60 percent), unlike the findings of a 2010 Smart Politics study of campaign websites of U.S. Representatives, that discovered Republicans incorporated flags at a much higher rate than Democrats.

· Another 21 governors, 12 Republicans and nine Democrats, incorporated both the U.S. and state flags in their portrait backdrops.

But while Democratic governors were nearly as likely to pose with a flag as Republicans, GOP governors definitely raised the bar when it came to wearing the flag – adding an extra layer of symbolism to their portraits.

The partisan breakdown of flag pin-wearing governors was 12 for the Republicans and just one for the Democrats.

That means GOP governors were eight times more likely to wear a flag pin on their lapel (41 percent) than their Democratic counterparts (5 percent).

Independent Lincoln Chaffee of Rhode Island also did not wear a flag pin in his portrait.

The only Democratic governor to sport such a pin in an official portrait was John Kitzhaber, who wore an Oregon state pin.

Note: Two additional GOP governors were photographed wearing pins, although not of the U.S. or state flags. Rick Perry of Texas wears a “Silver Antelope” pin on his left lapel in his portrait, an award given for outstanding longtime service to the Boy Scouts of America. Matt Mead of Wyoming, meanwhile, wears a U.S. Attorney’s pin in his portrait (Mead was an attorney for the District of Wyoming for six years under George W. Bush).

But there is one governor, more than any other across the nation, who goes ‘all in’ when it comes to the power of the symbolism of flags – Bobby Jindal of Louisiana.

Jindal is one of only two governors – along with Nikki Haley – to be photographed with both the American and state flags in his backdrop as well as on his lapels.

Interestingly, Jindal and Haley are the only Indian-American governors in U.S. history.

Jindal, however, does Haley one better by getting photographed with a pair of U.S. and a pair of Louisiana state flags in his backdrop, whereas Haley utilizes just one of each in her portrait.

In total, adding in lapel pins, Jindal appears alongside the images of six flags in his official portrait – more than any other governor.

Putting the finishing touches on the governor’s portrait is, of course, the clothes themselves and (for the 44 male governors), their choice of ties.

Overall, Republicans were three times as likely to choose a red tie over a blue tie, with well more than half of the 25 male GOPers (15, or 60 percent) sporting red – the modern symbolic color of the Party – around their neck.

Democrats, however, dressed a little differently for their portraits.

On top of that, three male Democratic governors chose not to even wear a tie at all (apparently not a viable option on the GOP side).

The three governors who dressed down were all from the West: Colorado’s John Hickenlooper (pictured), Hawaii’s Neil Abercrombie, and Oregon’s John Kitzhaber.