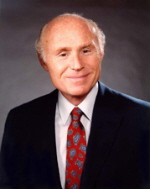 Wisconsin Democratic Senator Herb Kohl’s cryptic behavior on Tuesday – that found him refusing to answer a National Journal reporter’s question about his 2012 reelection plans – had D.C. playing up another round of will-he-or-won’t-he again this week.

Some of the first speculations that Kohl might not run came in late 2010 when he emerged from the third quarter, some two plus years from Election Day, with only $25,725 cash on hand.

That view, however, was premature, given Kohl’s past FEC filing history, and how he funds his U.S Senate campaigns.

Then, in the 4th quarter of last year, the Senator injected $1 million into his campaign via a candidate loan, which was then viewed as a sign by many that Kohl was assuredly going to run.

In fact, Kohl’s end of the year cash on hand amounts have been pretty low throughout the decade:

The problem with making any judgments about Kohl’s candidacy, or non-candidacy, based on the amount of money in his campaign coffers is that he does not fundraise like most Senators – due to his large personal financial wealth.

Kohl also doesn’t actively fundraise from individuals, receiving only slightly more than $16,000 in total itemized and non-itemized contributions over the last decade.

Senator Kohl has received just $2,077 from individuals for the current election cycle thus far (16 quarters) – about on par with the $3,245 in individual donations he tallied at this stage of the campaign at the end of 2004.

The simple truth is that Kohl regularly injects his own money into his campaign – through a loan or contribution – and has done so in 10 of the 16 quarters during the current cycle since 2007.

In fact, the Senator has contributed to or loaned his campaign amounts of $100,000 or more in eight quarters since 2003.

And thus while the $1 million loan seems like a ‘tell’ that Kohl must be a candidate in the 2012 race, keep in mind Kohl has loaned himself much larger amounts in the past (although later in the election cycle):

What is therefore more determinate of whether Kohl will run in 2012 is not so much the $1 million loan he made a few months ago, but whether or not that money has yet been spent.

The answer to that question will not be known for a few more weeks.

And so, until Kohl officially announces his intent to run, one can only wonder if 2012 will mark the Return of Russ – feeding off the crazed political climate in the Badger State these days.