A record seven female Senators will be on the ballot in 2012; history suggests one will not return to D.C.

While there was significant turnover in Washington during the 2010 election cycle, only one new woman was elected to the U.S. Senate (New Hampshire Republican Kelly Ayotte) while one was defeated (Arkansas Democrat Blanche Lincoln).

In that cycle, six female U.S. Senate incumbents were on the ballot, which was tied for the largest number in history with the Election of 2006.

Texas’ Kay Bailey Hutchison would have made it eight, but the four-term GOPer announced she is retiring at the end of this term.

And how have female senatorial incumbents fared throughout history?

Overall, 39 women have served in the Senate with nearly 40 percent of these first taking the oath after being appointed to their seat (15). 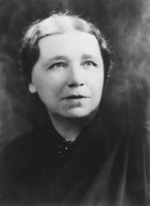 Only Arkansas Democrat Hattie Wyatt Caraway ran for her seat after being appointed (winning twice and losing once, see below).

And while it was a rarity for women to even run for the U.S. Senate during the first 75 years since popular vote elections were introduced in the 1910s, the odds were also not particularly strong that such female incumbents would hold their seat should they chose to do so.

Only six of the first 10 attempts made by female Senators to retain their seats were successful from 1932 through the 1980s:

· Arkansas Democrat Hattie Caraway, who was appointed in 1931, won Senate races as an incumbent in 1932 and 1938 before failing to win her party’s nomination in 1944 (in a race won by Democrat James Fulbright).

· Maine Republican Margaret Chase Smith won reelection bids in 1954, 1960, and 1966 before losing in her attempt for a fifth term in 1972 – falling 6.4 points shy of Democrat William Hathaway.

· Maryon Allen lost her bid for the Democratic nomination in 1978 for the special election for the seat held by her deceased husband, James Allen. Democrat Donald Stewart eventually won the seat.

· In 1984, Kansas Republican Nancy Kassebaum rolled to the first of her two reelection victories, notching 76 percent of the vote.

· In 1986, Florida Republican Paula Hawkins lost by 9.4 points to Democrat Bob Graham in her bid for a second term.

Since the 1990s, however, women have fared much better at not only claiming more Senate seats, but winning reelection at a higher rate.

Since the Election of 1990, female Senators have won an average of six out of every seven races, or 86 percent of the time (30 of 35 contests), which is on par with the incumbent reelection rate of the legislative body overall during this period.

The only women who attempted to hold their seat and failed during the last two decades are:

· Appointed Republican Senator Sheila Frahm of Kansas, who lost the GOP nod to Sam Brownback for the 1996 special election to replace Bob Dole, who stepped down to run for the presidency.

· Democrat Carol Moseley Braun of Illinois, who lost a bid for a second term in 1998 to Republican Peter Fitzgerald by 2.9 points.

· Appointed Democratic Senator Jean Carnahan of Missouri, who lost a special election by 1.1 points to Jim Talent in 2002 for the seat won posthumously by her husband Mel Carnahan in 2000.

· Republican Elizabeth Dole of North Carolina, who was defeated by Democrat Kay Hagan in 2008 by 8.5 points. 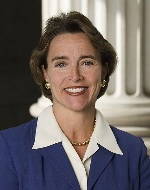 · Arkansas Democrat Blanche Lincoln who was trounced by Republican John Boozman in her bid for a third term in 2010 by 21.0 points.

Lincoln is the only incumbent female Senator in U.S. history to lose in a general election contest by more than 10 points.

Looking ahead to 2012, if female Senators continue to win at the 85 percent rate they have recorded over the last 20 years, one of the seven incumbents will fall short of the mark.

At first blush, the Senator who seems to be in most jeopardy is Missouri’s Claire McCaskill.

McCaskill won her seat by just 2.3 points in 2006, represents a very competitive purple state, and came under fire earlier this week for more than $200,000 in unpaid taxes.

There is also speculation that moderate Republican Senator Olympia Snowe of Maine is vulnerable in a GOP primary challenge from the right.

However, Snowe would no doubt still have good odds of retaining her seat by running as an independent – a la Joe Lieberman of Connecticut in 2006 – as third parties and independents have a particularly strong track record in the Pine Tree State and Snowe appeals to large swaths of Democratic, independent, and Republican voters.

Democratic Senators Debbie Stabenow (Michigan), Amy Klobuchar (Minnesota), and Maria Cantwell (Washington) all represent battleground states, although each is currently considered favored to win another term at this early stage in the campaign.

* Election following an appointment to the Senate seat. Table compiled by Smart Politics.