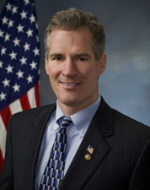 As day breaks on Thursday, some D.C. officeholders are making one final push on the last day of fundraising for the first quarter of 2011.

And while new quarterly numbers won’t be available for a few weeks, here is how the nation’s 25 U.S. Senators running for reelection in 2012 stack up relative to one another in terms of cash on hand through the 4th Quarter of 2010:

* Herb Kohl has not yet officially announced his 2012 plans. Source: Table compiled from FEC data.

It remains to be seen how these numbers will change by next month, but it is interesting to note that almost all of the incumbents deemed “safe” by the leading D.C. prognosticators rank in the bottom half of cash on hand. 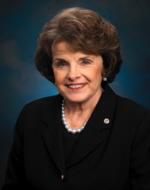 The only two Senators unanimously considered safe at the top of the list by these three political observers are California’s Dianne Feinstein (#2) and Utah’s Orrin Hatch (#4).

Feinstein, of course, represents the most populous state in the nation, so even a relatively safe candidate in the Golden State needs to raise more money than most senators to reach the millions more voters that populate California.

(However, last week Smart Politics challenged the notion that Feinstein is invincible as she seeks a fifth term next year).

Candidates will begin to roll out their new fundraising totals in about a week, with FEC data published in the middle of April.