Despite two new faces in the Badger State U.S. House delegation in the 112th Congress – Republicans Sean Duffy in the 7th CD and Reid Ribble in the 8th CD – do not expect either of these Freshmen to be one and done in 2012.

Nor should one expect any of the other six members of Wisconsin’s U.S. House delegation to falter.

Despite the uncertainty of how the state’s new congressional district lines will look next year, one thing is almost for certain in Wisconsin politics since the mid-20th Century: its U.S. Representatives virtually never get defeated – particularly in redistricting years.

A Smart Politics study of Wisconsin electoral history finds that 51 out of the state’s last 52 U.S. Representatives running for reelection in redistricting cycles have been victorious dating back to 1952, or a 98.1 percent success rate.

The 1.9 percent rate of defeat over this span is 17 times smaller than the rate incumbents were unseated in redistricting cycles during the previous 100 years, when nearly one-third of incumbents were defeated. 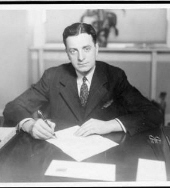 Since 1952, the only Wisconsin U.S. Representative running for reelection who tasted defeat in a redistricting year was 15-term Republican Alvin O’Konski, who lost to 2-term Democrat David Obey in 1972.

In that race, when Wisconsin lost its 10th seat due to reapportionment, more than half of O’Konski’s 10th CD from 1970 was merged elsewhere as the 30-year GOPer ran in the newly-drawn 7th CD.

But Wisconsin did not see its U.S. House seats contract in 2012, keeping eight for the second straight decade.

Other than O’Konski’s fall 40 years ago, each of the remaining 51 incumbents seeking reelection across the six redistricting cycles from 1952 through 2002 were successful in returning to D.C.

Overall, 52 out of 56 sitting representatives have sought reelection in redistricting years, or 93 percent. The only incumbents who did not run for their seat were 14-term Republican John Byrnes (in 1972), 14-term Democrat Henry Reuss (1982), 5-term Democrat Jim Moody (1992, to run for Senate), and 5-term Democrat Tom Barrett (2002, to run for governor).

Of course, Wisconsin U.S. House members in general have been very safe in reelection bids in recent decades – but less so in non-redistricting years.

From 1952 through 2010, incumbents have been defeated in Wisconsin U.S. House races at more than four times the rate in non-redistricting years (7.7 percent) than they have in redistricting cycles (1.9 percent).

In total, 87 percent of Wisconsin’s U.S. Representatives have sought reelection across these two-dozen non-redistricting election cycles since 1954 (208 of 219), with 192 winning reelection and 16 losing either their renomination bid or the general election.

What this data suggests is that making district lines more competitive is not one of the goals of the Wisconsin Legislature when new maps are drawn every 10 years.

The gaudy reelection rate of incumbents during redistricting years over the last half-century stands in stark contrast to how safe incumbents used to be during the 100 years prior.

Across the 10 redistricting cycles from 1852 through 1942, just 67 percent of Wisconsin U.S. House members seeking reelection were victorious, or 49 of 73 representatives.

That marks a 17.3 times higher rate of defeat for incumbents in redistricting cycles during the state’s first 100 years (32.9 percent) as compared to the last half-century (1.9 percent).

While it is true that the incumbent reelection rate was also lower in non-redistricting years during this 100-year span when compared to the last six decades, the disparity has not been as pronounced as in redistricting cycles.

But will 2012 be an exception to these historical trends?

Some think so, with two freshman Republicans up for election in Wisconsin next year, including Sean Duffy who has been particularly targeted by Democrats.

However, there has been little to suggest that Wisconsin freshmen are any more vulnerable in winning reelection during redistricting cycles than more seasoned incumbents.

In fact, each of the last 11 freshmen U.S. House members from the Badger State who were elected in years ending in ‘0’ since 1922 were reelected to a second term in their newly-drawn districts to the nation’s lower legislative chamber.

Moreover, nine of these eleven freshmen actually increased their margin of victory for their reelection campaigns, from an average of 16.3 points in their first term to 29.1 points two years later.

The only two freshmen to see their margin of victory decrease – and yet still stave off defeat – were two Republicans who survived the Democratic landslide of 1932 (Gardner Withrow and Gerald Boileau).

Margin of Victory by Freshmen Wisconsin U.S. House Members in Redistricting Cycles Since 1922

Note: Newly-elected Republicans Charles Kersten (in 1950) and Henry Cooper (in 1920) also won their subsequent races two years later, but neither were true freshmen, as they had previously served in the U.S. House. 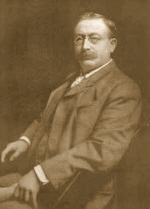 The last freshman to lose in a redistricting cycle was in 1912 when Social Democrat Victor Berger in the state’s 5th CD lost one of the numerous matches he had against Republican William Stafford.

Stafford defeated Berger, a founding member of the Socialist Party, by 5 points.

(The Stafford-Berger three-decade long duel is the subject of a forthcoming Smart Politics report).

And now, with Republicans controlling the Wisconsin Legislature (pending any Senate recalls later this year), one would expect – if anything – the state’s new congressional district maps will look more favorable to GOPers Duffy and Reid, not less.