[Update (7:30 pm): While vote totals fluctuate throughout the coming days (with incumbent Prosser now in the lead at the end of Thursday), the end result remains that the winner of this race will end up with the largest vote total in a contested race in state history]. 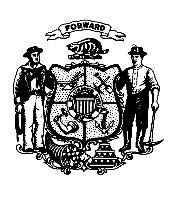 Despite a record number of voters casting their ballots in Wisconsin’s Supreme Court election on Tuesday, the closeness of the race will keep whichever candidate emerges the victor from the (likely) recount far shy of netting the highest vote tally in state history for this office.

Although history will still have been made.

A Smart Politics review of Wisconsin electoral records finds that the vote for Assistant Attorney General JoAnne Kloppenburg ranks fifth all time for raw ballots received, although first for a contested race.

(Note: This report examines only raw votes and does not adjust for the changes in voting-age population over the decades).

Kloppenburg had an unofficial total of 740,090 heading into Wednesday evening with incumbent David Prosser at 739,886.

The candidate who can claim the most votes ever received for a state Supreme Court election is Leo Hanley, who notched 884,421 votes in April of 1968.

Wisconsin had approximately 1.3 million fewer total residents at that time.

Hanley, however, won his seat uncontested in what was also a presidential election year.

Over 733,000 Wisconin residents voted in the Democratic primary that April.

Richard Nixon, Ronald Reagan, and Harold Stassen were candidates on the Republican side, with Nelson Rockefeller and George Romney also both receiving thousands of write-in votes. Nearly 490,000 Wisconsinites voted in the GOP race.

After Hanley, the next three largest vote tallies ever received by Supreme Court candidates in Wisconsin also came in unchallenged races:

With a cumulative vote tally in the Supreme Court race flirting with 1.5 million, Tuesday’s election set an all time Wisconsin record for the raw number of votes in a Supreme Court contest.

Prior to Tuesday, the single largest number of votes recorded by a single candidate in a contested Supreme Court election was 663,378 – turned in by Steinmetz in 1980. Runner-up Louis Ceci won 658,605 votes in that race.

Kloppenburg – and Prosser – each bested that mark by nearly 77,000 votes.