All other 48 states have held special elections for U.S. House seats since the turn of the 20th Century 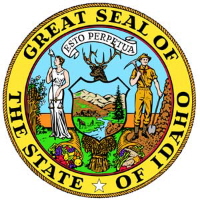 Of the hundreds and hundreds of times they have occurred since the birth of the nation, only two states have yet to experience the thrill that is a U.S. House special election.

Special elections frequently hold the nation’s attention for a brief moment in time (e.g PA-12 in May 2010; NY-23 in November 2009), and are sometimes viewed as a referendum on the President’s party or the party controlling the nation’s lower legislative chamber depending on the competitiveness of the vacant seat.

In the coming months, one of those two states will join the other 48 leaving just one which has yet to hold a House special election contest.

A Smart Politics review of historical election data finds that only two states, Idaho and Nevada, have never held a special election to the U.S. House.

However, Nevada Governor Brian Sandoval’s appointment on Wednesday of Republican Congressman Dean Heller (NV-02) to John Ensign’s U.S. Senate seat triggers the first such special election in the Silver State, to be conducted later this year.

Special elections are actually quite common in the U.S. House, with the least populated states generally going the longest since their last such contest (i.e. smaller delegations = fewer retirements, deaths, resignations):

That leaves just three states plus Nevada and Idaho. 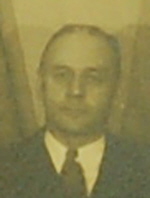 New Hampshire last held a special election to the House 79 years ago on January 5, 1932, when Democrat William Rogers was elected to fill the vacancy caused by the death of Republican Fletcher Hale in the 1st CD.

Rogers had previously served one term eight years prior during the 68th Congress, but had been defeated in his 1926 reelection attempt.

Rogers represented the 1st CD through 1936, when he lost his bid for the U.S. Senate.

It has been 81 years since Utah last held a special election to the U.S. House – good for the fourth longest spell in the country.

On November 4, 1930 Republican Frederick Loofbourow won the race to serve out the remainder of deceased GOPer Elmer Leatherwood’s term in the 2nd CD, as well as for the full term to the subsequent 72nd Congress.

Loofbourow lost his subsequent campaigns for the U.S. House in both 1932 and 1934.

The state with the third longest special election drought is Delaware which last held a special U.S. House election 111 years ago on November 6, 1900.

In that race, Republican Walter O. Hoffecker was elected to serve out the last few months of the seat held by his father, John Henry Hoffecker, who had served just one term.

The younger Hoffecker was not a candidate for reelection for the full term for the 57th Congress beginning in March 1901.

Technically, both Idaho and Nevada held elections for less than a full term in Congress, but they were not special elections in the traditional sense of filling a vacancy.

When Nevada became a state in 1864 and Idaho in 1890 each held elections in the fall of that year to send a representative to the U.S. House for the remaining few months before the new Congress convened in March of the next year (Republicans Henry Worthington in Nevada and Willis Sweet in Idaho respectively).

Idaho has had a few vacancies over the years in their 2nd Congressional District, but never called for a special election to fill the seats, such as in June 1934 after the death of 1st term Democratic Representative Thomas Coffin and November 1946 when Republican Henry Dworshak resigned after being elected that month to the U.S. Senate.

Nevada also briefly lost its representation in the House back in December 1942 when Democrat James Scrugham resigned after being elected to the Senate.

The seat was vacant for less than a month when newly-elected Democratic Representative Maurice Sullivan took office.

Date of Most Recent Special U.S. House Election by State