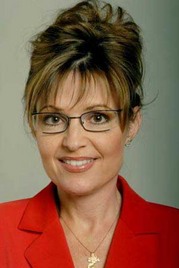 While U.S. Representative Michele Bachmann’s candidacy for the Republican presidential nomination has appeared more and more likely with several rumored GOP contenders shutting the door on 2012 over the last month (e.g. Haley Barbour, Mike Huckabee…Donald Trump), the odds of a Sarah Palin candidacy still seem to be getting longer.

Of course, some wrote Palin off as a serious 2012 candidate the moment she quit her post as Governor of Alaska in July 2009 and then parlayed her political celebrity into book deals, a television show, and working as a FOX News contributor.

The contradiction in the public’s eye was evident.

Pundits considered Palin-the-budding-presidential-candidate as needing to utilize her post-gubernatorial time to hone a more substantial image and deepen her knowledge of domestic and foreign policy.

But while many tried to diminish Palin’s image, her political cache seemed to wax in 2010.

Palin Fever began to pick up steam again after a string of notable endorsement successes in the 2010 primaries and the general election. (Although the loss of Joe Miller in Alaska’s U.S. Senate race at the hands of rival Lisa Murkowski was a particularly bitter postscript to the cycle).

With the end of the 2010 election cycle, Palin was at a crossroads.

Which Palin image would emerge as her dominant public persona – the entrepreneur, the king- and queen-making electoral force, or the soon-to-be presidential candidate in her own right?

Regardless of the answer to that question, even though Palin was effectively wearing many hats up to that point, she still seemed relevant to the 2012 conversation.

But then Palin began to disappear.

And it appears she was at the helm of her own vanishing act.

A Smart Politics content analysis of Sarah Palin’s official Twitter account reveals that the former governor’s Twitter activity has decreased by nearly two-thirds in 2011 compared to the run up to the 2010 election and through the end of the year.

From November 18, 2009 – when she launched her @SarahPalinUSA Twitter account – through the end of December 2010, Palin communicated with her eventual half a million followers at a rate of 1.90 tweets per day.

But since January 1st of this year that rate has decreased to just 0.68 tweets per day, or a drop of 64.2 percent.

Palin’s peak in Twitter activity was actually during the post-election, pre-New Year period in a two-month stretch of intense self-promotion.

After the election, Palin unleashed a flurry of activity over social media – increasing by 41 percent on Twitter – and coinciding with the release of her book America by Heart, her TLC television show Sarah Palin’s Alaska, and the homestretch run of her daughter Bristol’s appearance on ABC’s Dancing with the Stars.

During this 59 day-period after Election Day until the end of 2010, Palin tweeted 2.53 times per day with a majority of these (56 percent) about her personal life including:

· 42 tweets about her television show

Tomorrow-“Sarah Palin’s Alaska” we slay salmon. A bunch of ’em. (Watch the Left’s reaction to that, if harvesting halibut freaked them out! (November 27, 2010)

Very excited about the November 23rd release of my new book “America By Heart.” You can pre-order a limited… http://fb.me/LbEz7JZj (November 17, 2010)

· And nine tweets cheering on Bristol on Dancing with the Stars.

Bristol’s life lesson she reminded us before DWTS,”They’re going to criticize anyway, so I might as well DANCE!” 🙂 now that is a take away! (November 8, 2010)

Another 10 percent focused on elections and campaigns with 3 percent on the media.

But as the calender turned from 2010 to 2011, with her television show nearing the season finale, the frequency of Palin’s tweeting changed dramatically, falling to just 0.68 tweets per day, or a decline of 64 percent from the previous 13 months.

The content of Palin’s tweets changed significantly as well – focusing less on her personal life and public appearances and becoming much more policy-oriented.

During the last four and a half months, 67 percent of Palin’s tweets focused on policy, compared to just 32 percent in the two months after the election.

From January through mid-May, 48 percent of Palin’s tweets centered on domestic policy with another 19 percent on foreign policy.

Of particular focus to Palin on the domestic side during this span was the federal budget and national debt (18 tweets) and energy policy (11 tweets).

Only 14 percent of Palin’s tweets focused on her personal life – almost eclipsed by her criticism of the media at 11 percent.

In addition to this personal-to-policy tweeting shift, Palin has behvaed like a 2012 GOP challenger in another respect – lodging several attacks against Barack Obama in her tweets this year:

Commander in Chief’s Appalling Action with Our Troops http://fb.me/HRVpljCF (April 8, 2011)

So is this more politically- and policy-focused Palin in 2011 a sign for more serious political ventures in 2012?

Because Palin has been increasingly disengaged via social media outlets in 2011, the average number of her policy tweets per day has actually declined.

What does one read into these trends and Palin’s (comparative) retreat from the public stage via social media?

Is her latest transition from personal promoter to policy critic too little too late?

Perhaps Palin found the transition from celebrity back to the political arena a difficult one, and thus while she ramped down tweeting about her personal life, she has had relatively little new to say about policy matters.

Or, perhaps more likely, Palin has intentionally taken a step back from the public eye to dampen the “Palin fatigue” that may have set in with her huge public exposure in 2010.

If that is the case, the clock is ticking on her reintroduction to the American public.

The answer to these questions will have to wait, however, as all eyes and ears are now waiting on Michele Bachmann…for the moment…