More than two-dozen pairs of candidates from the same state have sought the same major party nomination in the post-Civil War era; 15 have won the nomination and nine the presidency

With former Minnesota Governor Tim Pawlenty’s presidential campaign in full swing and 6th CD GOP Congresswoman Michele Bachmann set to make an announcement on her 2012 plans in Waterloo, Iowa sometime in June, the Gopher State is poised to send two candidates into the ring for the GOP nomination.

Although a Bachmann-Pawlenty GOP nomination battle might have more juice because they have both been high profile political officeholders in recent years, there is, of course, already one pair of same-state candidates vying for the Republican nomination: former U.S. House Speaker Newt Gingrich and businessman Herman Cain from Georgia.

But the truth is same-state candidate battles for a party’s presidential nomination have not been so unusual in the annals of American political history – both before, during, and after the onset of today’s primary- and caucus-driven system.

In fact, a Smart Politics study finds that more than two-dozen pairs of candidates from the same state have sought the same major party nomination in the post-Civil War era, with half of these yielding the party’s eventual presidential nominee.

The most recent examples of candidates from the same state producing a presidential nominee took place in 1980 and 1984 when Californians Ronald Reagan and long-shot candidate Ben Fernandez sought the GOP nomination.

Fernandez, the first Hispanic to run for the presidency, had previously founded the Republican National Hispanic Council and was a Special Ambassador to Paraguay under President Nixon.

Reagan, of course, had a more high profile same-state GOP nomination battle in 1968 against fellow Californian and eventual general election winner Richard Nixon, when he sought the first of his four presidential bids.

The 1968 election cycle was host to another pair of same-state candidates seeking the Democratic Party’s nomination in the first of back-to-back cycles: Minnesota’s Hubert Humphrey and Eugene McCarthy.

In 1968, then Vice President Humphrey was not a serious player in the presidential primaries, in which McCarthy ended up with the most popular votes (edging Robert Kennedy) by the end of the primary season and winning several states such as Wisconsin, Pennsylvania, and Massachusetts.

Humphrey – the party establishment candidate – eventually won the nomination, with McCarthy taking home the second most delegates on the final convention ballot. 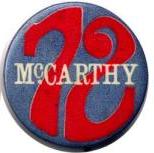 Humphrey did compete in the primaries during his 1972 presidential campaign, and carried a handful of states, but ultimately lost to George McGovern.

McCarthy’s 1972 campaign, meanwhile, was not as successful as in 1968 and the Minnesota Senator dropped out early in the primary season.

In addition to the five scenarios listed above, the last 40 years have brought another five pairs of same-state presidential hopefuls vying for their party’s nomination, although none of the candidates were successful in doing so: 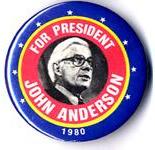 · In 1980, from Illinois: Republican U.S. Representatives John Anderson and Phil Crane. Anderson was a moderate Republican while Crane was a conservative.

Prior to the modern political era, but after the birth of the first state primary in 1912 (North Dakota), there were several instances of candidates from the same state seeking their party’s presidential nod – often in party convention scrambles. 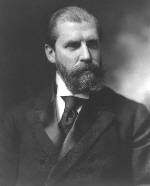 In 1916, there were actually three candidates from New York who had hoped to get the Republican nomination to face off against Democratic incumbent Woodrow Wilson: Supreme Court Justice Charles Hughes, former U.S. Senator Elihu Root, and former President Teddy Roosevelt in his last bid for the White House.

All three candidates received substantial support in the first round of convention balloting, with Hughes leading with a plurality until gaining a majority on the final ballot.

In 1920, two-term Democratic incumbent Woodrow Wilson, due in part to declining health, failed in his attempt to win a third straight party nomination, as did fellow New Jerseyan and Governor Edward Edwards.

New Yorker Franklin Roosevelt had to fight off fellow home state candidates in 1932 and 1936 with Al Smith (the 1928 Democratic nominee) and former U.S. Assistant Secretary of War (under Wilson) Henry Breckinridge respectively. 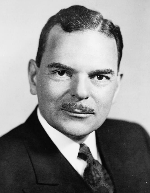 New York businessman Wendell Wilkie and Manhattan District Attorney Thomas Dewey both vied for the GOP nod in 1940 and 1944.

In 1944 a pair of Illinois residents also sought the Republican nomination: U.S. Representative Everett Dirksen and businessman Riley Bender (who only appeared on the Illinois ballot).

Bender tried again for the GOP nomination in 1948 along with Illinois ‘favorite son’ candidate Dwight Green – the outgoing governor of Illinois.

After the Civil War, but before the onset of state primaries in the political party nomination process, many candidates landed their party’s nomination despite competition from other candidates from their same state including:

Two additional pairs of candidates during this era unable to secure their party’s nomination were:

Overall, since 1868, 15 candidates have secured their party’s presidential nomination despite campaigns – either in primaries or on the convention floor – by other candidates from their home state.