FEC documents show 156 individuals from more than 35 states have filed to run for the presidency in 2012; more than 1/3 have run for president before. 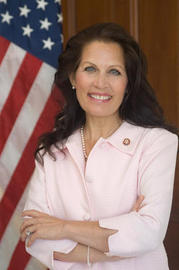 Michele Bachmann made headlines Monday upon announcing during the CNN Republican New Hampshire presidential debate that she had filed her papers that day to seek the office of the presidency.

However, she was not alone.

And then on Tuesday, another candidate entered the race – Sir Ed Maddox of Rapid City, South Dakota.

Haven’t heard of them?

Stevens, Cramer, and Maddox are simply three of the more than 150 Americans who have already filed paperwork for a presidential run in 2012.

And although three well-known candidates from the 2008 cycle are running again in 2012 – Barack Obama, Mitt Romney, and Ron Paul – a Smart Politics review of FEC data finds more than one-third of the 156 candidates who have filed through Tuesday have run in previous presidential election cycles.

Among those is upstart Georgian Herman Cain who – though he led off the New Hampshire debate with the proclamation, “I am not a politician” – did run for the presidency in 2000, filing the paperwork while living in Nebraska on March 19, 1999. (Cain also ran for the U.S. Senate in 2004).

However, the former Godfather’s Pizza executive is not the only “Cain” in the race as independent Scott Cain from Garland, Texas filed with the FEC two years ago on June 16, 2009.

Bachmann was the 153rd individual to file a Statement of Candidacy with the FEC for the 2012 election. 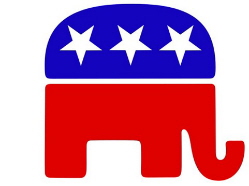 Not surprisingly, considering a Democrat currently sits in the White House, the plurality of candidates filing their paperwork thus far are Republicans.

GOPers constitute 43 percent of all individuals who have filed to date (67 of 156) and 64 percent of those identifying with a political party (67 of 105).

Republicans outnumber Democrats by nearly a 4:1 margin with only 18 Democrats in the race to date, including President Obama who filed on April 4th of this year.

Another 26 candidates filed as independents (17 percent) with 25 more not listing any party or affiliation (16 percent).

The remaining 20 candidates include three Libertarians, one Green, and one Free Soiler.

(The Free Soil Party was an anti-slavery party formed in the late 1840s that sent approximately one-dozen members to Congress and ran former president Martin Van Buren on the 1848 presidential ticket).

Bachmann – who received very favorable notices for her New Hampshire debate debut – was the only woman on stage, but is not the only female seeking the presidency in 2012.

California, From There I Come

Not surprisingly, a majority of the presidential candidates running thus far come from seven of the most populous states in the nation – with California leading the way with 24 (15.4 percent).

Minnesota is currently drawing a lot of attention for landing two top-tier candidates from the same state vying for the Republican nomination in Tim Pawlenty and Michele Bachmann.

But the Gopher State actually has four GOPers running for president in 2012, with Thomas Miller from Austin and perennial candidate Ole Savior from Minneapolis (who filed as a Democrat for his 2008 presidential run).

What’s in a Name?

In addition to the two Cains mentioned above, the expanded 2012 field also includes:

· A Rutherford B. Hayes – a Pea Ridge, Arkansas resident who filed without a party affiliation. (Note: this is Rutherford Bert Hayes, not Rutherford Birchard Hayes).

· A Robert Lee – who, like the Confederate General, also hails from Virginia (Mount Eagle).

Of the 156 submitted forms to the FEC, just 55 typed their application (35 percent) with 101 submitting their documentation in handwritten form (65 percent).

Those choosing to take pen to paper often included interesting, though extraneous, information, such as Douglas Clement of Kirkwood, Missouri, who wrote:

“My father sold President Regan [sic] a chainsaw; I don’t play 2nd fiddle 2 the world!!!!…I Douglas G. Clement will do everything in my power to become the next President of the United States, North American Continent.”

And in a handsomely typed letter included with his Statement of Candidacy form (submitted the day after the 2008 election on November 5, 2008), Lowell Fellure of Hurricane, West Virginia writes in part:

“My platform is the Authorized 1611 King James Bible. God Almighty wrote it as the supreme constitution and absolute authority in the affairs of all men for time and eternity. It shall never be necessary to change it.

Quality, leather bound copies of this Bible have been sent to the Presidential Office, the Supreme Court, the Senate, the House of Representatives, the National Republican Party, the National Democratic Party and the Federal Election Committee.

Should I be elected to the presidency this Bible will be open continually on the desk in the White House oval office to Psalms 33:12, BLESSED IS THE NATION WHOSE GOD IS THE LORD, and to. II Samuel 23:3, HE THAT RULETH OVER MEN MUST BE JUST, RULING IN THE FEAR OF GOD. It shall never be closed during my tenure.”

Although the current presidential field already has more than 150 candidates filed with the FEC, that number will be sure to grow in the coming months – and not simply with the addition of Utah’s Jon Huntsman into the race next week.

Not to be outdone, Kip Lee of Redding, California has filed paperwork for the 2020 cycle.