More than 110 Smiths have been elected to the U.S. House – more than twice the number of any other surname except for Johnson at 65 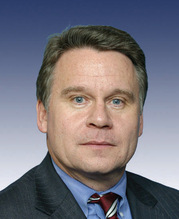 They may be outnumbered for the moment by Johnsons and Millers, but the four Smiths in the U.S. House have helped add to a growing total that makes their surname second to none among those who have served in the nation’s lower legislative chamber.

To be sure, Chris, Lamar, Adam, and Adrian are but four links in a long, long chain of Representative Smiths that has continued uninterrupted for 124 years and counting.

A Smart Politics study of information provided by the Biographical Directory of the United States Congress finds there have been 114 different Smiths elected to the U.S. House since the 1st Congress in 1789.

Smith, of course, is also the most common surname in the country, with about 1 percent of the population bearing that name. Other common surnames are Johnson, Williams, Jones, Brown, Davis, Miller, Wilson, and Moore.

But no other surname comes close to Smith in terms of the number of individuals who have served in the U.S. House.

The current composition of the U.S. House, however, finds Smith taking a back seat to both Johnson and Miller – with five of each serving in the House today.

Although Smiths have been well represented in the House over the decades, they reached their peak in the 101st Congress when 10 Smiths served in the U.S. House from 1989-1990 – or about double their incidence in the U.S. population.

And just how common has it been for a Smith to be elected to the U.S. House?

· At least two Smiths have served in the House of Representatives in every Congress since the 71st Congress beginning in 1929.

· At least one Smith has served in the U.S. House every year since the 50th Congress beginning in 1887.

· At least one Smith has been elected to the House of Representatives in every cycle in U.S. history with just two exceptions: the Election of 1848 for the 31st Congress and the Election of 1884 for the 49th Congress.

· At least two Smiths have been elected to the House in 96 of 112 cycles, including the 1st Congress, with William Smith of Maryland and William L. Smith of South Carolina.

· Within the community of Smiths, there have been 15 John Smiths and 14 William Smiths elected to the House over the years. 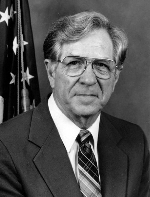 The longest-serving Smiths in U.S. House history are Democrat Neal Smith of Iowa and Democrat Howard Smith of Virginia – who each served 18 terms in the House.

Neal Smith lost his seat during the Republican Revolution of 1994 after serving a full 36 years from January 1959 – January 1995.

Howard Smith actually served two fewer months than Neal as he was elected when sessions began in March of odd-numbered years (in 1931), serving nearly 36 years before losing his renomination bid in 1966.

Hot on their heels, however, is Republican Chris Smith of New Jersey, with the third longest tenure of Smiths with House service.

Chris Smith has served the Garden State’s 4th Congressional District for 16 terms since the Election of 1980.

In total, 36 states have sent at least one Representative Smith to D.C. over the years with New York tallying the most at 11.

This makes sense as the Empire State is host to the largest number of House seats collectively throughout the nation’s 220+ years.

Pennsylvania is next with 10 Smiths, followed by Virginia with seven and Illinois, Maryland, and Michigan with five each.

Smiths have also been much more apt to be Republican than Democratic, with 57 GOPers elected to the House of Representatives compared to 33 Democrats.

Another eight were Federalists, plus four Whigs, three Democratic-Republicans, one Free Soiler, one independent and five from other parties.