Contributions have dropped more than $6 million in real dollars among the nine 2+ term Senators on the ballot in 2012; almost all among Democrats 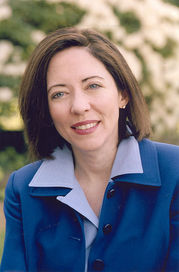 Some represent safe Senate seats. Some are in battlegrounds. And some will face primary challengers.

But taken as a whole, the most seasoned members of the U.S. Senate on the ballot in 2012 are not raking in the cash quite like they used to.

A Smart Politics review of FEC fundraising data for the nine U.S. Senators up for reelection in 2012 with two or more full terms under their belt finds net contributions to their campaigns are down 14 percent from this point six years ago.

Six of these Senators have seen a drop in real dollar contributions compared to the previous election cycle while three have experienced an uptick.

U.S. Senate incumbents are running for reelection in 25 of the 33 seats on the ballot in 2012, with nine of these having served at least one full term prior to their 2006 victories.

As such, it is possible to compare their fundraising numbers now to when they were an incumbent during an identical fundraising period six years prior, with dollars adjusted in calculations with the Bureau of Labor Statistics inflation calculator.

Six of these nine senators have experienced a decline in nominal and/or real dollar campaign funds for the cycle-to-date through June 2011 compared to the same period in June 2005.

Maria Cantwell has seen the biggest drop in incoming funds.

The junior Washington Senator has endured a $2.69 million decline in net receipts this cycle ($5.07 million) compared to six years prior when she was running her first Senate reelection campaign ($7.77 million).

Cantwell’s west coast colleague Dianne Feinstein of California is next with a fundraising decline of -$2.95 million in real dollars, or a 47.5 percent drop from six years ago.

Although the long-serving Feinstein may seem invincible at first blush (her seat is rated safe by most prominent prognosticators), Smart Politics previously reported on her dangerous approval rating trends and the fact she has the sixth lowest average career vote percentage among the more than 85 Democratic senators who have been elected at least four times in U.S. history (at 54.1 percent).

Democratic Senators Tom Carper, Bill Nelson, and Debbie Stabenow each experienced more modest drops in fundraising from the previous cycle at less than $1 million each after adjusting for inflation, or -25.5 percent, -9.8 percent, and -1.1 percent respectively. 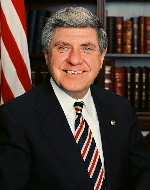 The only long-serving Democratic Senator on the ballot in 2012 to see a boost in campaign funds from the previous cycle is Ben Nelson of Nebraska, who is viewed to be in a pick ’em matchup with Republican frontrunner Attorney General Jon Bruning.

While five of these six prominent Senate Democrats have seen a decline in contributions to their campaigns, two of the three such 2012 incumbents on the Republican side of the aisle have enjoyed a big spike.

Maine Senator Olympia Snowe finds her coffers $1.05 million richer in real dollars compared to this stage of her campaign in 2005, or +74.5 percent, while Orrin Hatch of Utah is up $1.56 million in real dollars, or +53.6 percent.

Both Snowe and Hatch are facing Republican primary opponents next year, as is Indiana GOPer Richard Lugar.

However, funds directed to Lugar’s account are down $1.12 million in real dollars, or -27.5 percent from six years ago.

State Treasurer Richard Mourdock is challenging the six-term incumbent for the Republican slot on the 2012 ballot.

Whether this net decline in fundraising among these seasoned members of the Senate is a sign of the economic times, a sign of confidence on the part of the incumbent Senators, or a sign of declining support among their contributors remains to be seen.

Note: New Jersey Democratic Senator Bob Menendez is in his second term but took office in January 2006 after being appointed to his seat, so comparisons in fundraising data would not be equivalent to the other 2+ term senators. Data is tabulated for the election cycle to date through the Q2 2005 and Q2 2011. Table compiled from FEC data by Smart Politics.