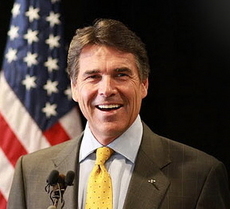 To paraphrase a well-worn adage, “If you don’t have anything to say, don’t say anything at all.”

Unfortunately, this does not apply to political debates, in which candidates are usually pushing the limits of their allotted time and asked by the moderators to stop speaking.

And on the rare occasion in which a candidate gives a succinct answer, the moderator is usually struck with surprise, such as this exchange between Ron Paul and Chris Wallace at the recent FOX News/Google GOP presidential debate:

Wallace: “Congressman what is your answer for Brandy and Michael?”

Paul: “Well obviously, it would take more than one individual, but the responsibility of the president would be to veto every single bill that violates the 10th amendment. That would be the solution.”

Wallace: “Anything else? You have a little time left.”

Or this exchange between Newt Gingrich and Megyn Kelly:

Gingrich: “Well, the way you described the question, you can’t.”

But presidential candidates rarely yield their allotted time on the national stage, and employ a variety of verbal techniques and messaging toward that end until the buzzer sounds such as expounding on policy positions, attacking other candidates or the opposing party, incorporating personal anecdotes, and throwing in the occasional joke.

But sometimes the well runs dry.

And when that happens, some candidates who are not as effective as others in the debate format – or perhaps public speaking generally – struggle to fill the ensuing rhetorical void.

But while Perry may not be scoring the most points, he has lapped the field on one dimension: using clichés.

A Smart Politics review of the last three Republican presidential debates finds that Rick Perry has incorporated more clichés into his answers than any other candidate.

In fact, the Texas governor has tallied nearly twice as many clichés as the entire rest of the field combined.

Smart Politics content analyzed transcripts from the three debates in California and Florida to determine how often candidates are utilizing the most common clichés deployed by politicians when they are asked to talk, but seem to have very little to say – or are trying to stall while their minds concoct an answer.

Through the three debates in September, Perry has racked up an astounding 33 of these cliché-ridden phrases, with no other candidate landing in double digits.

The remaining seven candidates who participated in all three debates, plus Gary Johnson who was allowed into the most recent one, recited just 19 clichés cumulatively: Jon Huntsman had eight, Newt Gingrich and Rick Santorum had three, Mitt Romney had two, and Michele Bachmann, Herman Cain, and Ron Paul used just one.

Perry was most reliant on these verbal crutches during his first debate at the Reagan Library in California when he tallied 16. The next closest was Huntsman with four.

Here is an unedited sampling of one classic Perry quote from that debate while he attacked Mitt Romney’s jobs record:

“But the fact is, when he moved that experience to government, he had one of the lowest job creation rates in the country. So the fact is, while he had a good private sector record, his public sector record did not match that. As a matter of fact, we created more jobs in the last three months in Texas than he created in four years in Massachusetts.”

While Perry was nearly able to cut in half the number of times he relied on these verbal crutches in the Florida CNN/Tea Party debate, his nine clichés were still three times that of the nearest violator (Jon Huntsman with three).

In one particularly awkward answer, Perry tries to address moderator Wolf Blitzer’s question that his executive order for the HPV vaccine was a mandate:

Perry has racked up six “at the end of the day” fillers thus far, with Jon Huntsman the only other candidate to utter the phrase through the three debates, doing so just once.

Huntsman’s primary verbal crutch, however, is the phrase “Let me just say,” which he has used on six occasions since California, including a few times in answer to a Wolf Blitzer question on his track record on jobs:

“Well, let me just say about workers, this country needs more workers. Can we say that? This country needs more workers, and we’re not going to get more workers until we actually have an economic plan led by someone who has actually done it before, presumably as a governor, to create the environment in which the private sector can then work its magic. That’s how we’re going to get from point A to point B. But let me just say that we have put forward a plan, Wolf….”

But it is Perry who consistently takes home the prize for the most clichés across the board – and the Texas governor brought home another eight in the most recent Florida debate, where he had a lot to say about “facts”…

“Well, I feel pretty normal getting criticized by these folks, but the fact of the matter is this: there is nobody on this stage who has spent more time working on border security than I have.”

“But the fact of the matter is, you look at the state of Texas and see what we’ve done there from the standpoint of lowering that tax burden, the regulatory climate in the state of Texas. We’ve taken those types of regulation off the throat of small business operators.”

“And the fact is, people continue to move to the state of Texas.”

“As a matter of fact, in Massachusetts, his home state, almost 96 percent of the people who are on that program, retirees and state people, are off of the Social Security program.”

“As a matter of fact, between books, your hard copy book, you said it was exactly what the American people needed, to have that Romneycare given to them as you had in Massachusetts.”

In total, Perry has racked up 23 utterances of the overused “facts” theme, plus the aforementioned six “at the end of the days,” two “bottom lines,” and has twice leased Huntsman’s patented “let me just say.”

It is perhaps no surprise that the four candidates who are viewed as political outsiders – Bachmann, Cain, Paul, and Johnson – have been the least likely to fall back on the formulaic political phrases in which mouths are moving, but little is being said.

These candidates are frequently viewed by the public as speaking their mind and ‘telling it like it is’ (and sometimes creating controversies for doing so).

As Herman Cain put it during the California debate earlier this month, albeit while using a cliché, “Let’s cut to the chase, this is what business people do and politicians don’t do.”

Number of Clichés Uttered by Presidential Candidates in the GOP Debates, September 2011