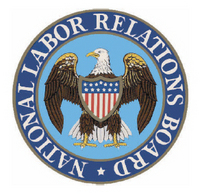 Although right-to-work legislation is not a stand-alone top tier issue for most voters per se according to national public opinion surveys, these days any issue related to jobs and employment (e.g. restricting bargaining rights for state public workers) seems to have increased resonance in an uncertain and fragile economy.

For the Republican field in the 2012 presidential race, the candidates have largely spoken with one voice when the issue of right-to-work legislation has come up during the debates:

“I believe in right-to-work, and I hope that New Hampshire is able to get it passed.” – Herman Cain

“We live in the United States of America and people shouldn’t be forced to belong or be a member in any organization. And the government has no business telling you what group to be a member of or not. I support strongly right-to-work legislation.” – Tim Pawlenty

“That’s a real, immediate threat from the Obama administration to eliminate right to work. And I think that it is fundamentally the wrong direction. I hope that New Hampshire does adopt right-to-work. I frankly keep it at the state level because as each new state becomes right to work, they send a signal to the remaining states, don’t be stupid… And the right-to-work states are creating a lot more jobs today than the heavily unionized states.” – Newt Gingrich

To be sure, in an era in which wariness of increased encroachment on individual liberties and choice (by the government or otherwise) is met with particular suspicion by conservatives, the right-to-work issue, which prohibits agreements made between employers and unions that require workers to become union members or pay dues, may have a deeper bite in the nation’s deep red states.

That means of the 28 states without right-to-work legislation on the books, just five were carried by McCain: Alaska, Kentucky, Missouri, Montana, and West Virginia.

Not surprisingly, union membership is significantly lower in right-to-work states (6.5 percent on average) compared to other states (14.5 percent).

And there is this tidbit: of the nine states that have no minimum wage laws or laws with wages below the federal level of $7.25, all but one are right-to-work states: Alabama, Arkansas, Georgia, Louisiana, Mississippi, South Carolina, and Wyoming.

Minnesota is the only state with a minimum wage below the federal level that is not a right-to-work state.

And as for Gingrich’s claim that “right-to-work states are creating a lot more jobs today than the heavily unionized states,” there is some thin evidence:

The average seasonally adjusted unemployment rate for the 22 right-to-work states for August 2011 is 8.1 percent, with the 28 other states coming in at a slightly higher average of 8.4 percent. (Note: though the national unemployment rate stands at 9.1 percent, the state average is 8.3 percent, not accounting for state-by-state population differences).

Nationally, slightly less than one in eight wage and salary workers are members of a union (11.9 percent), according to 2010 data from the Bureau of Labor Statistics.

That number has been on the decline for decades as one in five workers (20.1 percent) were union members less than 30 years ago in 1983.