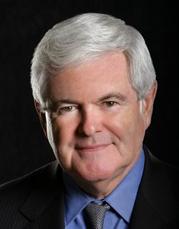 Newt Gingrich’s surge in the polls over the last few weeks now has the political world speculating whether the former House Speaker could pull an even greater comeback than John McCain in 2008 and become the Republican nominee for president next year.

If Gingrich does secure the GOP nomination, and if he would then defeat Barack Obama next November, he would go down in the record books for a very little known stat – and perhaps prove the adage that time heals all (political) wounds in the process.

A Smart Politics review of presidential election history finds that if Newt Gingrich were to win the White House in 2012, his 13+ year hiatus from political office at the time of his inauguration would be the largest among all U.S. Presidents who previously held political office.

The time between Gingrich’s departure from the U.S. House on January 3, 1999 and his hypothetical inauguration as president on January 20, 2012 would be 13 years and 17 days.

That would be over a year longer than the current longest break from political service by a victorious presidential candidate – a mark currently held by Abraham Lincoln in the Election of 1860.

Lincoln’s last day as U.S. Representative from Illinois’ 7th Congressional District was March 3, 1849 – some 12 years and 1 day before he was inaugurated as the 16th President of the United States on March 4, 1861.

Of course, the long break from political office for Gingrich may have been shrewd and necessary. Across the 22 Gallup polls conducted while the former Georgia Congressman was Speaker of the House, Gingrich had an average favorability rating of 30.1 percent.

But while there is ample precedent for the American electorate voting a nominee into the White House who is not currently holding a political post, it is very rare for a candidate to get elected president who has been out of office for more than a decade like Gingrich.

Excluding the three career military officers elected president who never previously held political office (Zachary Taylor in 1848, Ulysses S. Grant in 1868, and Dwight Eisenhower in 1952), only Lincoln, William Henry Harrison and Franklin Pierce had gaps of 10+ years from their last day in office to Inauguration Day.

After Lincoln, Harrison had the next longest hiatus at 11 years, 5 months, and 6 days, between the end of his Ambassadorship to Columbia in 1829 and his presidential inauguration in March 1841.

Pierce – who spent his intervening years practicing law and fighting in the Mexican-American War – recorded 11 years and 4 days between his last day as U.S. Senator from New Hampshire in 1842 and becoming president in March 1853.

The lion’s share of successful presidential candidacies in the 20th and 21st Centuries have been launched by those currently serving in political office (or incumbents who, by definition, are in office). The exceptions are:

· William Taft, who had a gap of 8 months and 4 days after his tenure as Secretary of War and his presidential inauguration in 1909.

· Herbert Hoover, who left his long-held position as Secretary of Commerce to become the Republican nominee some 6 months and 11 days before his inauguration in 1929.

· Jimmy Carter, who had a scarce 1 year and 6 days out of office between serving as Governor of Georgia and president.

· Ronald Reagan, whose final term as Governor of California ended 6 years and 14 days before his inauguration in 1980.

But Gingrich would be in rare company by just winning the Republican nomination, even if he lost to Barack Obama in this hypothetical scenario.

Of the more than 50 failed major party presidential candidates in U.S. history, only two notched a larger gap than Gingrich between their last day in political office and their would-be presidential inauguration: Horace Greeley in 1872 (24 years, 1 day) and William Jennings Bryan in 1908 (14 years, 1 day).

Greeley served one term in the U.S. House from New York’s 6th CD ending in March 1849 and, thanks to failed candidacies for the U.S. Senate in 1861 and the U.S. House in 1870, had a break from political office of what would have been 24 years and 1 day had he defeated Ulysses Grant in the Election of 1872 (he lost soundly and died later that November).

When William Jennings Bryan appeared on the ballot for the third time as the Democratic presidential nominee in 1908, he was on track to be 14 years and 1 day removed from his last day in office as U.S. Representative from Nebraska’s 1st CD had he defeated William Howard Taft.

Excluding failed major party presidential nominees who never held political office (Winfield Scott in 1852, George McClellan in 1864, Winfield Hancock in 1880, and Wendell Willkie in 1940), a total of 19 failed nominees were not serving in a political post when they appeared on the ballot on Election Day.