South Carolina Republicans have successfully defended their last 42 House seats since 1988; the Missouri GOP is 40-0 in defending its districts since 1994 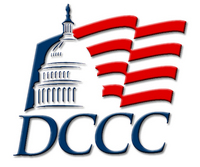 In a report released earlier this week on GOP prospects in picking up retiring Massachusetts Democrat Barney Frank’s open U.S. House seat in 2012, Smart Politics documented how the Bay State had the second best streak in the nation for the Democratic Party defending its congressional districts.

After suffering monumental losses in 2010, efforts have been launched this year by the Democratic Congressional Campaign Committee (e.g. Drive to 25) and the House Majority PAC to purchase attack ad buys against GOP incumbents in targeted districts Democrats hope to pick up in 2012.

And while the Republican Party does not have a streak nearly as long as the 200 consecutive holds racked up by Democrats in California or the 88 in Massachusetts, the GOP can lay claim to notable runs in certain states in preventing Democratic gains.

A Smart Politics review of U.S. House elections finds that South Carolina has the largest current streak of any state in the nation of denying a Democratic pick-up in general and special elections to the House of Representatives at 42 consecutive contests dating back to 1988.

The last Democrat to pick up a House seat in South Carolina was Liz Patterson, who narrowly defeated Bill Workman in the state’s open 4th Congressional District race of 1986.

South Carolina Republicans have successfully defended each of their last 42 House seats on the ballot ever since in general and special elections.

While the Republican Party’s resilience in hanging on to its House seats may not raise eyebrows in a GOP stronghold like the Palmetto State, the state that is second on the list may be surprising – purplish Missouri.

Missouri Republicans have held serve the last 40 times their congressional districts have been on the ballot dating back to 1994. 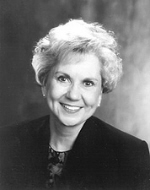 The last Democratic pick-up in the Show-Me State came after redistricting in 1992 when Pat Danner knocked off nine-term Republican Tom Coleman by 11 points.

Democrats have compiled a 0-40 record ever since and seen their delegation halved from six to three along the way.

Danner served four terms before retiring in January 2001 due to health problems.

However, this pales in comparison to the 200 straight victories Democrats have compiled in their California districts dating back to a special election in 1999.

Other states in which there have been significant Democratic dry spells in picking up Republican House seats are:

In terms of the longest dry spells in picking off GOP-held seats, that record is shared by Alaska and Wyoming, who last saw Democratic gains in those states in 1970 when Nicholas Begich defeated Frank Murkowski and Teno Roncalio defeated Harry Roberts in open seat races in these at-large districts respectively.

* Incumbents Republican Lynn Westmoreland and Democrat Jim Marshall swapped victories in the state’s 3rd and 8th CDs respectively in 2006 after new districts lines were created by the Georgia legislature in 2005. Includes general and special elections. Data compiled by Smart Politics.