The debate generated high ratings, some unique questions, as well as lively exchanges between the candidates.

But there is a distinguishing feature to FOX News debates that separates them from the other media outlets which have presided over the many GOP gatherings this fall.

FOX debates appropriate a larger share of speaking time for their moderators than any other news outlet.

A Smart Politics content analysis of the 10 Republican presidential debates conducted since September finds that those moderated by FOX News rank 1-2 for the amount of time consumed by moderator questions, comments, and admonishments.

FOX News has had a great run over the last decade in promoting its brand effectively as well as generating a bevy of popular (and controversial) network hosts and political commentators.

In keeping with their self-assured style, the network has not been shy in featuring its personalities when given the opportunity to host debates this campaign season.

The two FOX News debates since September have not only generated the most speaking time for its moderators but also the largest percentage of moderator vs. candidate time (accounting for the differing lengths of the various debates). 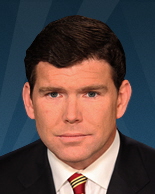 The recent FOX News Iowa debate on Thursday evening saw its moderators speak for 27 minutes and 27 seconds – the most of any debate since Rick Perry joined the field in September.

The seven candidates on the stage spoke for only 64 minutes and 35 seconds during the two-hour broadcast.

Only the CBS / National Journal debate provided less time of the candidates speaking (at 55:26), though that gathering had a total running time of just 90 minutes.

The FOX debate in Sioux City eclipsed the previous high water mark for the most moderator exposure this autumn, which was also notched by FOX during their Florida debate in Orlando in September (coming in at 26 minutes and 15 seconds).

Moderators have reached the 20-minute mark in just two other debates, though well shy of FOX: CNBC’s Michigan debate (22:54) and NBC / POLITICO’s gathering at the Ronald Reagan Library in California (21:34).

Some particularly lengthy questions from the FOX crew in Sioux City include:

“If I may, sir, in 1994, when you were running for the Senate, you wrote a letter to the Log Cabin Republicans in which you said, “I am more convinced than ever before that, as we seek full equality for America’s gay and lesbian citizens, I will provide more effective leadership than my opponent,” who was Ted Kennedy. In 1994, you also said you supported not only an assault weapons ban, but also a five-day waiting period. And in 2002, when you were running as governor, you said that you supported the tough gun control laws in Massachusetts. And then as you say in 2004, you also signed an assault weapons ban. So you are still more of a champion of gay rights than Ted Kennedy was?” – Chris Wallace (to Mitt Romney)

“You heard Speaker Gingrich — you heard Speaker Gingrich reference the Ninth Circuit Court of Appeals and that is one of the courts that he has suggested abolishing. It is a left-leaning court and as he points out, as he has done before, he believes it’s an activist court because in part it was the court that — that issued a ruling striking down “under God” in the pledge years ago. A decision that was reversed by the Supreme Court leader. Do you agree that the Ninth Circuit should be abolished? And if so, what would then happen if a Democratic president came into office and we had a democratically controlled Congress that later took aim at the right- leaning federal courts. Where would it end?” – Megyn Kelly (to Michele Bachmann)

“You just responded this morning, sir, tweeted originally and with follow-up statements as a major break through of this plan on the part of Republican congressman Paul Ryan working with Democratic Senator Ron Wyden to find a sort of updated way to keep Medicare solvent. This would involve a choice, those who like the program as it is can stick with it. They will be a private option, et cetera. But earlier on, this might have confused Congressman Ryan and others for whom you had said was the initial Medicare fix that it was right wing social engineering. Later on you backed off that comment, said there was much you could find in Mr. Ryan’s plan to like.” – Neil Cavuto (to Newt Gingrich)

Of course, not all of these presidential debates have been the same duration, and media sponsors have also varied in the amount of bells and whistles that go into their production packages (e.g. CNN regularly includes a boisterous WWE-style trotting out of the candidates plus the singing of the National Anthem etc.).

But even when examining the percentage breakdown in speaking time between the moderators and the candidates, FOX again demonstrates the greatest tendency to place an emphasis on its personnel vis-à-vis the other media outlets.

Moderators at FOX’s debates in Florida and Iowa rank 1-2 in terms of the largest distribution of speaking time for the moderators versus the candidates.

In Orlando, the FOX panel of Bret Baier, Megyn Kelly, and Chris Wallace accounted for 27.9 percent of the speaking time between the two entities, with the candidates at 72.1 percent.

The FOX quartet in Sioux City – Baier, Kelly, Wallace, and Neil Cavuto – were close behind at 27.4 percent.

Overall, FOX moderators have averaged a 40.1 percent larger share of speaking time (27.6 percent) vis-à-vis the candidates on the stage than the moderators at the other eight debates since September (19.7 percent collectively).

Whatever the reasons for FOX News to take up a much larger percentage of the debate’s broadcast time with their on-air personnel, there may be something to be said for moderators taking control of the debate with a firm hand.

By far the ugliest debate of the season – with the most personal attacks – was the debate moderated by CNN’s Anderson Cooper in Las Vegas.

During that mid-October debate, CNN gave the candidates almost free reign, with Cooper recording only 14.7 percent of the candidate/moderator share of air time.

The result was a verbal bloodbath, with Mitt Romney laying hands on Rick Perry at one point of a heated exchange.

To look at the data another way, candidates at the debates in Nevada and D.C. enjoyed a 5.70 to 1 and 5.36 to 1 advantage in speaking time over the CNN moderators respectively.

By contrast, candidates at the FOX debates in Florida and Iowa notched only a 2:46 to 1 and 2.66 to 1 speaking time advantage over the moderators.