Obama’s SOTU addresses have the lowest average Flesch-Kincaid score of any modern president; Obama owns three of the six lowest-scoring addresses since FDR 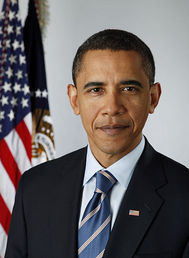 For the third consecutive State of the Union Address, Barack Obama spoke in clear, plain terms.

And for the third straight Address, the President’s speech was written at an eighth-grade level.

In Obama’s own words: “My message is simple.”

But was it too simplistic?

A Smart Politics study of the 70 orally delivered State of the Union Addresses since 1934 finds the text of Obama’s 2012 speech to have tallied the third lowest score on the Flesch-Kincaid readability test, at an 8.4 grade level.

Smart Politics ran the Flesch-Kincaid test on each of the last 70 State of the Union Addresses that were delivered orally by presidents before a Joint Session of Congress since Franklin Roosevelt.

The vast majority of State of the Union speeches were delivered in writing prior to FDR.

Each of Obama’s three addresses are among only seven of 70 in the modern era that were written shy of a 9th grade level, and among the six that have averaged less than 17 words per sentence.

Other low-scoring addresses on the Flesch-Kincaid scale over the decades are George H.W. Bush’s 1992 address, Harry Truman’s 1951 and 1952 addresses, and Lyndon Johnson’s 1965 address.

Obama’s speeches are a continuation of a general pattern that finds as State of the Union Addresses have perhaps become more and more political, they have been written more and more simplistically.

With three addresses under his belt, President Obama has the lowest average Flesch-Kincaid score for State of the Union addresses of any modern president. Obama’s average grade-level score of 8.4 is more than two grades lower than the 11.1 grade average for the other 67 addresses written by his 12 predecessors.

But even though the last five presidents have the lowest five collective scores on this readability test, Obama’s speeches were written at a much lower grade level than those recorded by Ronald Reagan (10.3) and George W. Bush (10.4).

Dragging down Obama’s Flesch-Kincaid score are the series of short sentences written – perhaps for dramatic effect – on a number of policy issues.

On the state of the American auto industry:

On the need to rebuild the nation’s infrastructure:

“So much of America needs to be rebuilt. We’ve got crumbling roads and bridges. A power grid that wastes too much energy.”

On the importance of passing a payroll tax break extension:

“There are plenty of ways to get this done. So let’s agree right here, right now: No side issues. No drama. Pass the payroll tax cut without delay.”

On remembering the mission to kill Osama Bin Laden:

And, generally, on the ‘greatness’ of America:

Of course, depending on one’s view of the intended audience of these addresses, a simply written speech such as the one delivered by Obama Tuesday evening might be viewed positively or negatively.

If the audience is Congress, as was the original, intended purpose of the speech, then brief policy outlines, episodic illustrations, and short sound bites are probably not very instructive.

If, however, the intended audience is the American people, then perhaps simply-written speeches – in the age of Twitter and texting – are arguably more effective ways to translate the president’s vision of the State of the Union to the average citizen.