Would Barack Obama rather run against “Metro Minty,” “Ethnic Wronging,” or “Cranium Stork?” 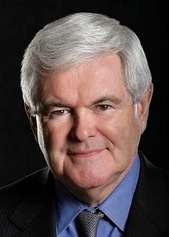 Although they may fall short of being usable slogans for their respective campaigns, the names of the four remaining Republican presidential candidates do offer up several entertaining anagrams.

In fact, one wonders if Barack Obama’s opposition research team has already chambered some of these phrases for pins, bumper stickers, or television advertisements, depending on which candidate emerges as his 2012 opponent…

For Rick Santorum (excluding those anagrams that are not suitable for publishing):

But Ronald Paul does not:

Undo All Rap
A Dollar Pun
A Dull Apron

As for which, if any, of these anagrams will catch on, no doubt some pro-Obama Café Press store will offer similarly-themed t-shirts, mugs, and more in the coming months…