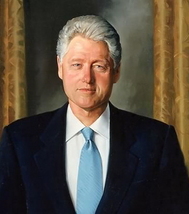 Not only did they fail to win the presidency during the last few election cycles, but they each came from states with a fairly small population.

While of course only one candidate can emerge as the winner, and many contenders hailing from big states fail each time around as well (e.g. Rick Perry in 2012), the struggles of small states to produce a president have been particularly pronounced over the last 200+ years.

A Smart Politics review of presidential elections finds that candidates from small states – those with less than 10 electoral votes – have won the presidency just four times out of 56 elections since 1789.

And just three presidential candidates have bucked this trend:

While it intuitively makes sense that fewer candidates might come from these less populated states, taken collectively, the population pool of small states is quite significant: there have been 1,223 instances in which a state was allotted less than 10 electoral votes in a presidential election, compared to 908 instances for states with more than 10.

In other words, more than 57 percent of states have historically been of the “small state” variety.

But why so few presidents? Is this to be expected? 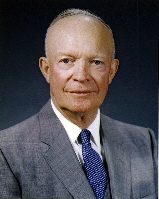 On the one hand, one can imagine that more populated states should naturally have a better chance at producing a larger number of candidates – particularly U.S. Representatives (James Garfield from Ohio) and perhaps non-politicians (e.g. Ulysses Grant from Ohio, Dwight Eisenhower from Pennsylvania).

However, candidates with these political biographies rarely win the White House.

Most presidents, in fact, have a background in the U.S. Senate or were governor of their home state, with 18 of the last 20 presidential election victors since 1932 serving in one these offices (with Eisenhower the exception).

And – no matter what the size – each state has just one governor and two U.S. Senators.

Not only have small state candidates won the White House just four times, a much larger number have been on the losing end of the general election.

Over the last 200+ years, 14 major party candidates from states with less than 10 electoral votes have lost in the general election:

Small states will be shut out of the White House once again in 2012 with the remaining major party candidates all coming from delegate-rich states: Barack Obama from Illinois (20), Mitt Romney from Massachusetts (11), Rick Santorum from Pennsylvania (20), Newt Gingrich from Georgia (16), and Ron Paul from Texas (38).

And although candidates from relatively sparsely populated states rarely win the presidency, hailing from the most delegate-rich state is far from a guarantee of White House success in the general election.

The candidate from the state with the most electoral votes only has a modest historical advantage over his opponent in the general election.

In six presidential election contests the candidates came from states with the same number of electoral votes:

There have been just two instances in which a winning presidential candidate failed to carry his home state: James Polk in 1844 (Tennessee) and Woodrow Wilson in 1916 (New Jersey).