While all recently released polls show Rick Santorum trailing Republican frontrunner Mitt Romney in advance of Tuesday’s primary in Illinois, it is a small miracle that the Prairie State is even remotely competitive at this stage of the campaign.

Illinois has held its primary in March (1972 through 2004) or February (2008) in each of the last 10 presidential election cycles, but the state has done little to prolong the Republican Party’s nomination battles during this span.

A Smart Politics review of the 25 Illinois GOP presidential primary elections conducted since 1912 finds that only one contest has been decided by less than 10 points, with the winner enjoying an average victory margin of 60 points.

To say that there has been little drama in Illinois Republican primaries in recent decades is an understatement to be sure.

Overall, the winner of the state’s 25 primaries has averaged 77.0 percent of the vote with an average victory margin of 59.8 points.

Even after excluding the reelection campaigns of Ronald Reagan in 1984 and George W. Bush in 2004 – in which these incumbents did not face any primary challengers – the winner of the Illinois GOP primary has still averaged 75.0 points and a margin of victory of 56.3 points.

Illinois has currently backed the eventual GOP nominee in each of the last 14 consecutive election cycles, dating back to 1956 when Dwight Eisenhower ran for his second term.

Perhaps the only impactful contest during this period was Gerald Ford defeating native son Ronald Reagan in the 1976 primary – albeit by a rather uncompetitive 18.8-point margin, 58.9 to 40.1 percent. 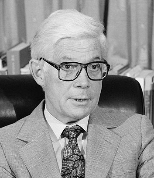 Only once during this 52-year span has a second place finisher come within even 15 points of victory – John Anderson in 1980.

Anderson was a 10-term congressman from the state’s 16th district when he sought the GOP nomination in 1980.

Anderson later launched an independent campaign for the presidency, winning 6.6 percent of the vote nationwide.

Prior to 1956, it was quite rare for the Illinois primary winner to go on to secure his party’s nomination – an event that occurred only one time in the first 11 cycles of the state’s primary from 1912 to 1952: Calvin Coolidge in 1924.

Of course, in the era of brokered conventions (and most states not binding delegates to a primary), eventual nominees were frequently not even on a state’s primary ballot during this period.

Moreover, it was common for ‘favorite son’ candidates to win their home state primaries. In Illinois, favorite sons were victorious in:

The 7.9-point victory by Knox in 1936 remains the most narrowly-decided out of the state’s 25 Republican primary contests held thus far since 1912.

A strong performance on Tuesday by Santorum may threaten that mark, and, with four candidates potentially reaching double-digits, a victorious Mitt Romney would almost assuredly fail to win a majority of the vote.

Four candidates have never reached double digits in the same primary to date.

Table compiled by Smart Politics from data culled from the Illinois Secretary of State and Illinois State Board of Elections.