The west holds 9 of the Top 13 slots for states with the largest percentage of seats won by women since Jeannette Rankin was elected in 1916; Hawaii, Nevada, and Wyoming rank 1-2-3 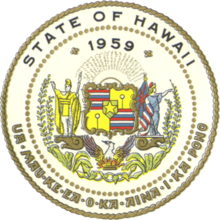 With six female members of the U.S. House either campaigning for higher office (Tammy Baldwin of Wisconsin, Shelley Berkley of Nevada, Mazie Hirono of Hawaii), losing their 2012 primary election (Jean Schmidt of Ohio), or announcing their retirement (Sue Myrick of North Carolina, Lynn Woolsey of California), it is unclear whether women will be able to reclaim these numbers and match or eclipse their current 76-seat hold on the nation’s lower legislative chamber next year.

Add to that several first term incumbents who will face competitive general reelection bids, and it will be a challenge for women to break the 80-member mark for the first time in U.S. House history.

The number of female U.S. Representatives has stagnated in the mid-70s for the last three election cycles, after gradually increasing from the mid-20s for the previous two decades.

While a recent Smart Politics report highlighted female candidates in the five states which have yet to elect a woman to the House since statehood, this report highlights the stark differences in the rate women have won U.S. House seats by state and by region.

A Smart Politics review of U.S. House election results finds that seats apportioned to western states have been more than twice as likely to be represented by a woman than any other region since the first female was elected to the chamber in 1916, with Hawaii (36.5 percent), Nevada (22.1 percent), and Wyoming (18.8 percent) holding the top three spots.

The first woman elected to the U.S. House was Republican Jeannette Rankin of Montana in 1916.

Rankin served two interrupted terms, winning again in the Election of 1940 and is the only woman to represent the Treasure State in the House to date.

The western region has been the most hospitable to women launching and winning successful campaigns to the U.S. House – claiming 329 of the 3,118 seats allocated in the 13-state region since 1916, or 10.6 percent of all seats.

That is more than double the rate of seats won by women in any other region.

Percentage of U.S. House Seats Won by Women by Region Since 1916

Breaking down the data by states, it is therefore no surprise that the west holds seven of the Top 10 slots, and nine out of the Top 13, including the top three.

Hawaii leads the country with women winning 19 of its 52 seats allocated across the 27 election cycles since statehood, or 36.5 percent. 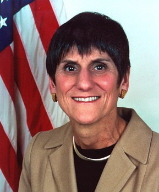 Connecticut has sent at least one woman to the U.S. House for 30 consecutive years ever since Democrat Barbara Kennelly won a special election in January 1982.

Eleven-term Democrat Rosa DeLauro is the only woman currently serving in the Connecticut delegation.

The top ranking Midwestern state is Ohio at #15 with 6.1 percent. The Buckeye State has seen 64 of its 1,051 seats apportioned to it across the 48 election cycles since 1916 held by women.

The Midwestern states of Iowa and North Dakota have never elected a woman to the U.S. House and South Dakota and Wisconsin only did so fairly recently.

But while South Dakota has been represented exclusively by women in the House since 2004, and now ranks #18 on the list with 5.6 percent (5 of 89), Wisconsin lands the third-worst rank in the region at #35 overall with just 2.4 percent of its seats held by women during this near 100-year span (11 of 463 seats).

In the first several decades since Rankin’s victory in 1916, several women, particularly in the south, were elected to the House in special elections after the death of their husbands and served just one term.

Twelve of the southern region’s 16 states appear in the bottom half of the national rankings, including five of the bottom 10 slots.

Percentage of U.S. House Seats Won by Women by State Since 1916