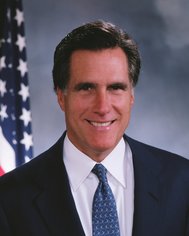 While Mitt Romney’s road to become the (likely) presidential nominee of the Republican Party in 2012 may have been rocky at times, he has – for a long stretch of the campaign – been considered the “inevitable” nominee.

If the remaining few months play out as expected and Romney does secure the nomination, he will have, at least in one respect, taken a historically unconventional path.

And if Romney wins the White House this November – he may accomplish something never achieved by any president before him.

A Smart Politics review of U.S. election data finds that Mitt Romney could become the first candidate in history to win the presidency without a single U.S. House candidate from his own party getting elected down the ballot in his home state.

Of course, Romney is already in a unique situation in that he would likely be an underdog to even win his home state, and, if he fails to do so, would become just the third such president joining James Polk of Tennessee in 1844 (losing by 0.1 points) and Woodrow Wilson of New Jersey in 1916 (losing by 11.7 points).

A Romney nomination would also make him the first major party nominee in 116 years to come from a state whose U.S. House delegation is comprised solely of representatives from a party other than his own at the time of his nomination.

The 10-member Massachusetts delegation is made up entirely of Democrats, and the GOP has not won a seat from the Bay State since the Republican Revolution of 1994. 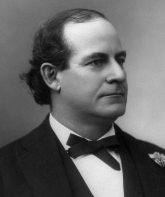 The last time a candidate was nominated for president from a state with no U.S. House members of his own party was in 1896 when Democrats nominated Nebraskan William Jennings Bryan and its delegation was comprised of one Republican and one Populist. (Though, by 1896, the Democratic Party and Bryan were addressing Populist policies).

Of course, Bryan lost to William McKinley that year so one has to go back almost another 50 years to the 1840s to find a candidate who actually won the presidency under such a scenario.

The last (and only) presidential candidate to win election from a state without a sitting member in the U.S. House from his own party was Whig Zachary Taylor of Louisiana in 1848.

Taylor, however, was able to help move the needle slightly in his state in that election, changing his Whig state delegation’s 0-4 deficit at the time of his election to the White House to 1-3 afterwards with the election of Representative Charles Conrad that year.

Would a Romney win in November do the same for Republicans in Massachusetts?

Massachusetts will lose one seat in 2012 due to reapportionment, and the prospects for a GOP pick-up in any of the nine districts are dim – with the state’s Republican Party owning the second longest dry spell in the nation at 88 seats and counting since the Election of 1996.

Only California – at 200 seats dating back to 1998 – has a longer Republican pick-up drought.

Winning presidential candidates have been somewhat successful throughout history in giving a boost to their U.S. House candidates down the ballot.

Overall, the president’s party held 59.8 percent of his home state U.S. House seats before the election and 63.8 percent thereafter.

The winning presidential candidate has seen his party’s hold on his home state’s U.S. House delegation increase in 27 elections, remain the same in 14, and decrease in 14.

Note: Column sums for “Before” and “After” are not equal due to reapportionment changes in presidential election years ending in ‘2.’ Table compiled by Smart Politics.

Harry Truman owns the best such mark, seeing the Democratic Party in Missouri increase its percentage of seats from 31 percent (4 of 13 seats) before his election in 1948 to 92 percent (12 of 13) thereafter.

Other presidents giving their party’s U.S. House delegation a big boost down the ticket include: 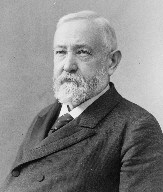 On the other side of the spectrum, the biggest loser was Republican Benjamin Harrison in 1888, whose Indiana GOP U.S. House delegation decreased from 7 of 13 seats (54 percent) to just 3 of 13 (23 percent) when he defeated incumbent Grover Cleveland.

Also losing four seats from their party’s delegations were Democrat-Republican James Madison of Virginia in 1808, Republican Ulysses Grant of Ohio in 1868, Democrat Grover Cleveland of New York in 1884, and Republican William McKinley of Ohio in 1896.

U.S. House Delegation Margin of Winning Presidential Candidates Party Before and After Election, 1792-2008

As for the GOP’s prospects in Massachusetts this November, the Party has its eye on the 6th CD seat held by eight-term Democrat John Tierney.

Barney Frank from the state’s 4th CD and John Olver from the 1st (redistricted into the 2nd) have announced they will not run for reelection this fall.