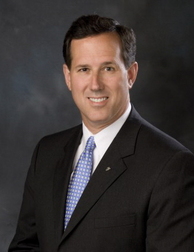 As late as November 2011 Rick Santorum would likely not be on anyone’s list of the last four Republican presidential candidates remaining in the race come April.

The former Pennsylvania U.S. Senator’s remarkable underdog run to win 11 states and become the chief anti-Romney challenger surprised many in his ability to outlast other more well-funded campaigns like Rick Perry and Herman Cain and outperform others like Newt Gingrich and Ron Paul.

The seven previous Republican candidates who ended their White House bids are a mixed bag of politicians who burned through their money too early (Tim Pawlenty), flamed out during the debates (Rick Perry), failed to sustain early momentum (Michele Bachmann), departed due to scandal (Herman Cain), or never caught on fire to begin with (Thad McCotter, Jon Huntsman).

Santorum outlasted them all – running on a (comparatively) shoestring budget for most of the 364 days since he launched his presidential exploratory committee on April 13th of last year.

Jon Huntsman’s campaign lasted 210 days from the day of his formal campaign announcement, with Herman Cain coming in at 197 days, Michele Bachmann at 192, Rick Perry at 160, Tim Pawlenty at 84, and Thad McCotter at 83.

Johnson and Roemer are now seeking the Libertarian and Americans Elect nominations respectively.