Boswell has endured the bumpiest ride back to the U.S. House of the 135 representatives with 15+ years of uninterrupted service 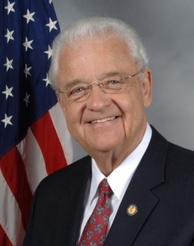 If Iowa Democratic U.S. Representative Leonard Boswell is reelected to a ninth term this November it will be another remarkable accomplishment in what has been an improbable run for the farmer from Davis City.

A perennial target by the Republican National Committee each election cycle, Boswell is now tasked with a rare incumbent on incumbent matchup against nine-term GOPer Tom Latham in the Hawkeye State, which lost a seat due to reapportionment after the 2010 Census.

But although Latham has outraised Boswell by well more than a 2:1 margin ($2.1 million to $876K through Q1 of 2012) it is much too early to write off the Democratic congressman.

For Boswell, perhaps unlike any other veteran member of the U.S. House, is quite accustomed to facing (and winning) competitive elections.

A Smart Politics study of congressional election data finds that Leonard Boswell has recorded the lowest percentage of blowout victories among the 135 U.S. House members with more than 15 years of current uninterrupted service.

Smart Politics examined the frequency with which long-serving incumbents reached the 60 percent mark in their winning congressional bids – a benchmark of sorts for easy, ‘blowout’ victories.

That lies in stark contrast to the 82.3 percent blowout victory rate recorded by the other 134 members of the House who have served for the last 15+ years.

The 11+ dozen U.S. Representatives outside of Boswell have reached 60 percent of the vote in 1,287 of their 1,564 collective U.S. House victories.

In fact, only five other current members of the House serving since 1997 have failed to reach the 60 percent mark in half of their victories:

Another five representatives have won with at least 60 percent of the vote in exactly half of their contests with the remaining 124 U.S. House members doing so more than half of the time including 36 who reached the 60 percent mark in each of their congressional victories.

So how long can Boswell continue rolling 7s and 11s in this congressional crap shoot?

Only Neal Smith, who served 18 terms from the 4th and 5th congressional districts from 1959 to 1995 has had a longer run in the House than Boswell among Iowa Democrats. 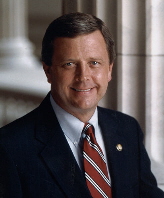 This November, Boswell and Latham will square off in just the second incumbent vs. incumbent matchup in Hawkeye State history.

Latham’s fundraising advantage over Boswell is largely coming from PACs – from which he has raised an additional $900K ($1.37 million versus 477K).

Latham also holds a $700K to $393K advantage in money culled from individuals.

Boswell is also one of only 18 U.S. Representatives serving for the last 15+ years who have not yet reached the 70 percent mark.

After a 12-year run in the Iowa Senate, Boswell entered congress after the 1996 election which he won with a plurality of 49.4 percent.

This marked the first of five consecutive cycles in which he was the only Democratic member of Iowa’s U.S. House delegation.

Since statehood, Iowa Democrats have claimed only 18 percent of the state’s 636 general election U.S. House seats (119).