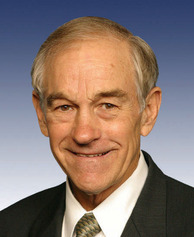 While all is seemingly quiet on the Republican primary front – with Mitt Romney simply playing a waiting game before he officially nets the 1,144 delegates required to proclaim himself the GOP presidential nominee – the Ron Paul campaign continues to make the occasional wave.

Last weekend Paul supporters captured the vast majority of delegates selected at the congressional district conventions held across the State of Minnesota.

And yet, despite Paul never winning even a plurality of a state’s primary or caucus vote count, the Texas U.S. Representative amassed not only the second largest GOP war chest but also an outright lead over Romney in receipts collected from at least 10 states across the country.

Of course, Romney leads the field in donations by wide margins across most of the big ticket states like California, New York, Florida, New Jersey, Illinois, and Virginia. (Rick Perry still leads the field in Texas and Rick Santorum overtook Romney in Pennsylvania).

Still, many of the states in which Romney trails Paul and has yet to flex his customary fundraising muscle will be key battleground states in the general election: Iowa, Minnesota, New Mexico, and Wisconsin.

Congressman Paul lost his fundraising advantage against Romney in the states of Delaware and Montana since the end of 2011, but he overtook the former Massachusetts governor in Maine and Wisconsin over the last three months to maintain his advantage in 10 states against the GOP frontrunner.

Six of these 10 states are caucus states (Alaska, Iowa, Kansas, Maine, Minnesota, North Dakota), where Paul hinted ever since his third place finish in Iowa that he would ultimately come away with the most delegates.

That appears to be the case in Minnesota.

In truth, Congressman Paul has likely outraised Romney in several other states if all contributions (large donor plus small donor) could be calculated, however only large contributions require the reporting of such geographic donor information.

That means an additional $16.4 million haul in small donor money to the Paul campaign is not included in the data listed above compared to just $9.7 million in small donor funds to Romney.

Overall, Romney has raised the most money in 36 states plus the District of Columbia, followed by Paul with nine, Rick Perry with three (OK, TX, WV), and Tim Pawlenty (MN) and Rick Santorum (PA) with one each.

Through March, Paul eclipsed his total fundraising for the entire 2008 cycle (a cycle in which he did not withdraw until June 12th) by more than $2 million.