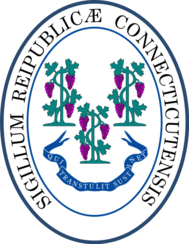 When it comes to partisan strongholds in electoral politics, few states are as dominated by the Democratic Party as Connecticut.

On top of that, the Democratic Party is also on its longest ever presidential winning streak in the Nutmeg State since the party’s founding in 1828 – at five consecutive elections dating back to 1992.

But when it comes to funding presidential campaigns, Connecticut Republicans definitely come out of the woodwork to support their party.

So much so, in fact, that there is no greater disparity in blue state giving to the GOP across the country.

A Smart Politics study of large donor individual contributions to presidential candidates through Q1 2012 finds that Connecticut ranks second only to Utah in per capita giving to the GOP field and owns the largest blue state per capita disparity in giving to the GOP vis-à-vis Barack Obama.

Through March, Connecticut residents have given $3.99 million in large donor money to Republican presidential candidates, of which slightly more than 80 percent was directed to Mitt Romney ($3.2 million).

While Connecticut borders Romney’s home state of Massachusetts, its fundraising narrative is distinct from the Bay State’s other two overwhelmingly Democratic neighbors – Vermont and Rhode Island.

And while neighboring New York comes in at #10 in large donor giving to Republican candidates ($633 per 1,000 residents), Empire State residents, unlike those in Connecticut, are giving more funds to President Obama’s campaign (at $672).

In other words, it’s not simply that Connecticut is running away with Utah in the top tier in donations to Republican candidates, but also the degree to which Republicans are receiving large donor money relative to Obama.

The per capita deficit between large donor funds from Connecticut residents to Barack Obama relative to those given to Republican presidential candidates is the third largest in the country – and the largest for any blue state – with a $616.50 GOP tilt per 1,000 residents.

Only the deep red states of Utah (with a $1,331.83 per capita advantage for the GOP) and Texas (with a $677 advantage) find Obama in a bigger statewide hole among large donors.

Smart Politics projects Connecticut will likely pass up Texas on this scale after Q2 2012, as the vast majority of Lone Star State campaign giving occurred early while its Governor Rick Perry was still in the race. (Connecticut expanded its GOP per capita fundraising lead over Texas from $48 per 1,000 residents at the end of Q4 2011 to $211 at the end of Q1 2012).

Through March 31, 2012. Table compiled by Smart Politics with FEC data.

Unlike the Republican side of the ledger, which is a mixture of red and blue states, the Top 10 fundraising states for the president have all been solidly Democratic since the Election of 1992.

The Top 14 per capita fundraising states for the president all voted for him in 2008 with Alaska the only McCain state in the Top 19 at #15.

Connecticut has been at or near the top of the list for the highest median household income across the country for several years.

But due to comparatively slow giving in the state to Obama this cycle, Connecticut ranks behind Massachusetts, Vermont, and Utah in total money given to presidential candidates from both parties.

The District of Columbia, of course, surpasses all states in per capita giving both to Republicans and to Obama with the president at a significant advantage: $6,241 per 1,000 residents for Obama compared to $2,004 for the GOP.

Through March 31, 2012. Table compiled by Smart Politics with FEC data.