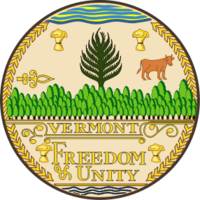 The release of Karl Rove’s first 2012 Electoral Map last week garnered much attention (and some criticism) as it showed presumptive Republican nominee Mitt Romney starting out trailing the president by more than 125 “safe” Electoral College votes, 220 to 93.

Among the 15 states Rove deemed Romney to have a “solid” lead are eight of the nine states that hold the longest current Republican presidential nominee winning streak in the nation at 11 cycles: Alaska, Idaho, Kansas, Nebraska, North Dakota, Oklahoma, Utah, and Wyoming from 1968 to 2008.

A ninth state – South Dakota – also carries an active 11-cycle GOP streak, but was rated as “leaning Romney” according to Rove.

While these nine states will almost certainly vote Republican for the current election cycle, they have a long, long way to go to reach the all-time GOP loyalty mark.

In fact, they would have to hold serve for the next 60 years.

A Smart Politics analysis finds that the 11-cycle run backing the Republican presidential nominee currently held by nine states does not even rank in the Top 10 GOP streaks of all time, and does not reach the half-way mark of the 27-cycle record set by the State of Vermont from 1856 to 1960.

Vermont’s 104-year streak voting for the Republican nominee dates back to the first presidential election held two years after the founding of the Republican Party in 1854.

The 27-cycle Republican run in the Green Mountain State is nearly double the next closest mark of 14-cycles held by seven states: Iowa, Maine, Massachusetts, Michigan, New Hampshire, Ohio, and Rhode Island from 1856 to 1908.

Perhaps the terms ‘Republican strongholds’ and ‘deep red states’ are used a bit too loosely when viewed in this historical context.

In order to tie Vermont, one of these nine states would have to rattle off another 16 consecutive cycles supporting the Republican nominee through the Election of 2072.

Although the platforms of both the Republican and Democratic parties have changed over the last two centuries, it is interesting that one of today’s most Democratic-skewed states holds this Republican record.

While Vermont gave Obama the second largest victory margin in 2008 (behind only Hawaii among the 50 states), its turn to the left in presidential politics is fairly recent.

After its 27-cycle streak ended voting for Lyndon Johnson along with most of the nation in 1964, Vermont racked up another six straight victories for Republican nominees through 1988 when it voted for George H.W. Bush, bringing its GOP tally to 33 of 34 cycles over a 132-year span. 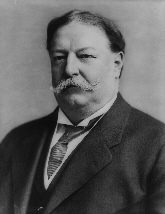 During this long period, Vermont was one of just two states to vote for incumbent Republican William Howard Taft in 1912 (along with Utah) and one of two states never to cast its Electoral College votes for Franklin Roosevelt (along with Maine).

From the Election of 1856 through the Election of 1960, Vermont was also exclusively represented in the U.S. Senate by Republicans and the GOP won 104 of 106 general election U.S. House races.

The Republican run in Vermont during the 19th and 20th Centuries is also the longest by any party in U.S. history, followed by 24 consecutive wins by Democratic nominees in Georgia (from 1868 to 1960) and 23 victories for the Democrats in Arkansas (from 1876 to 1964).

A recent Smart Politics report examined Democratic streaks and found Minnesota will break the record among non-Southern states at 10 consecutive cycles if it votes for President Obama this November.

Few analysts expect President Obama to carry any states in 2012 that he did not win in 2008 with the possible exceptions of Missouri and Arizona, which has made a few lists due to its surging Hispanic population.

In fact, 19 states are currently in the midst of the longest (or tied for the longest) Republican presidential streaks in state history and will likely add to their totals in 2012:

Three states had their longest GOP runs snapped when they backed Barack Obama in 2008.

Indiana and Virginia had voted for Republican nominees for 10 consecutive cycles from 1968 to 2004 and North Carolina had done so for seven straight cycles from 1980 to 2004.