Only one six-term U.S. Senator has lost his party’s nomination out of two-dozen who completed their sixth term in the direct election era 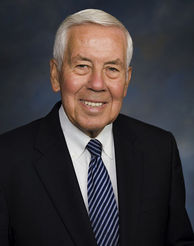 Speculation is building by the day that another veteran Republican U.S. Senator could be on his way out of the nation’s upper legislative chamber – at the hands of his own party.

Six-term Indiana GOP Senator Dick Lugar is on the ropes in his renomination bid against primary challenger Richard Mourdock who serves as Treasurer of the Hoosier State.

Indiana’s primary will be held next Tuesday in a race where ads sponsored by a pro-Lugar PAC have recently been pulled – suggesting the intraparty coup many have suspected would befall the longtime member of the Senate will indeed come to fruition.

But if Senator Lugar loses next Tuesday, he’ll join an exclusive club with a current membership of just one.

A Smart Politics review of U.S. Senate election data finds that if Dick Lugar loses the Indiana Republican primary election on May 8th, he will become just the second six-term U.S. Senator – and the first Republican – to fail in his renomination bid in the direct election era of the past 100 years.

A total of 34 popularly-elected U.S. Senators have served into their sixth term since the introduction of direct elections of senators in the early 1910s.

The only six-term U.S. Senator to seek and fail to capture his party’s nomination to date is Tennessee Democrat Kenneth McKellar.

Gore – who at age 44 was 39 years younger than the sitting Senator – defeated McKellar in that summer’s Democratic primary by a decisive 57.8 percent to 42.2 percent margin.

No other six-term incumbent seeking reelection has failed to win his party’s nomination ever since, and only one has lost in the general election: Washington Democrat Warren Magnuson to Republican Slade Gorton in 1980.

Here is the complete tally of the fate of 34 U.S. Senators serving in their sixth term in the direct election era…

9 chose not to run for reelection:

1 lost in the primary election:

1 lost in the general election:

6 others are currently serving in their 6th term:

Prior to Lugar and Orrin Hatch, the average age of the 24 U.S. Senators who reached the end of their 6th term had been 75.6 years at the time of the general election.

At 80 years old, Lugar is now the fifth oldest of the 17 six-term U.S. Senators who opted to run for a seventh term, including Hatch who is 78.

Only Strom Thurmond of South Carolina at 88 years old, Carl Hayden of Arizona at 85, Kenneth McKellar of Tennessee at 83, and John Stennis of Mississippi at 81 were older than Lugar when running for their seventh term.

Sparse polling in Indiana has shown Democrats to have a much better chance of picking up the Senate seat if Mourdock defeats Lugar in the GOP primary, and history suggests this is the case.

Of the 10 instances in which six-term incumbents either chose not to seek reelection or were defeated in the primary, the opposing party picked up the seat three times:

· In 1974, the seat held by Vermont Republican George Aiken was won by Democrat Patrick Leahy with a plurality 49.5 percent of the vote defeating Congressman Richard Mallary. (With Vermont’s other current senator Bernie Sanders winning 4.1 percent on the Liberty Union ticket).

· In 1978, the seat held by Mississippi Democrat James Eastland was captured by Republican Thad Cochran with a plurality 45.3 percent of the vote in a four candidate race.

· In 2008, the seat held by New Mexico Republican Pete Domenici was claimed by Democrat Tom Udall with 61.3 percent of the vote over Congressman Steve Pearce.

By contrast, of the 14 races in which six-term incumbents appeared on the general election ballot, only once did the seat flip – when Republican Slade Gorton defeated Warren Magnuson in Washington in 1980.