The electoral vote count for the 30 states surveyed in May 2004 was identical to the general election; in 2008, the Election Day vote generated a swing of 176 votes among the 36 states surveyed that May 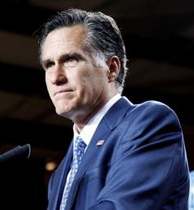 With new public opinion polls released this week showing Barack Obama leading presumptive Republican nominee Mitt Romney in key battleground states like Nevada (+8), North Carolina (+4), Pennsylvania (+8), Virginia (+8), and Wisconsin (+9), skeptics will point out that a lot can change from May until November.

And indeed it may as six months is a long time until Election Day.

The last two election cycles demonstrate alternate glimpses into the degree of fluidity of a presidential election with polling six months out in one cycle being prophetic and polling in another not anticipating the results to come on Election Day.

A Smart Politics study of presidential state polling conducted in May 2004 finds the electoral vote count for the 30 states surveyed that month was identical to the general election, while in 2008 the change from May to November resulted in a swing of 176 votes among the 36 states surveyed.

A total of 30 states were polled in May of 2004 and 36 states in 2008. (Internet polling was excluded). If multiple polls were conducted, an average was taken within each state to determine the spread between the two candidates.

The vast majority of battleground or quasi-battleground states were among the 66 states surveyed in May of these two cycles, with the exception of New Jersey in 2008 and Colorado, Nevada, New Hampshire, and Wisconsin in 2004.

In 2004, the polling leader in 28 of the 30 states surveyed that May won the state in November: 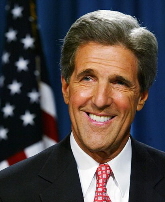 The only two states that saw a change in control from May to Election Day were Iowa and Oregon.

Senator Kerry led by an average of five points across three polls in Iowa, which President Bush ended up winning by one point that November.

Bush, meanwhile, had an average lead of one point across four polls conducted in Oregon in May, which Kerry carried by four points in the general election.

(In Minnesota, one Kerry Elector chose to vote John Edwards for President).

Overall, the candidate spread in May of 2004 was within 5 points of the general election outcome in 21 of the 30 states and reached double digits in just one state, Maine (where Kerry’s 19-point lead in May dropped to 9 points on Election Day).

In 2008, however, the May to November period was more volatile, due in part to an ever-declining economy under the final months of President George W. Bush’s administration and Democrats unifying behind the campaign of Barack Obama who had not yet wrapped up the nomination in May.

In 2008, the polling leader in only 30 of the 36 states surveyed that May won the state in November:

The Election Day vote was within five points of the May polling in just 17 of the 36 states, with a 10-point swing or greater in 12 states (compared to just one in 2004).

In short, 2004 demonstrates that simply because there are six months remaining in the campaign, the election results can look pretty similar to the snapshot in May. (Perhaps due in part when an election is a referendum on an incumbent).

However, the 2008 contest also confirms the notion that there is plenty of time for candidates not simply to expand their lead in states in which they are already favored but also to flip battleground states.

Will the 2012 matchup between Obama and Romney ultimately resemble 2004 or 2008 or neither?