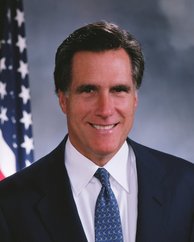 While Mitt Romney won the Indiana Republican presidential primary on Tuesday, his performance once again failed to insulate his campaign from questions about his ability to rally the GOP base this cycle.

With now only one other active candidate in the race – Ron Paul – Romney still failed to capture two-thirds of the vote in what amounts to the least impressive victory in the Hoosier state for a presumptive GOP nominee over the last 50+ years.

A Smart Politics review of Indiana Republican presidential primary data finds that the 64.7 percent showing by Mitt Romney on Tuesday is lowest winning percentage for a presumptive GOP nominee over the last 15 primaries conducted since 1956, with the exception of the Reagan-Ford showdown that lasted to the convention.

Aside from Ronald Reagan’s win with 51.3 percent against Gerald Ford in 1976 – in which there was no decisive frontrunner or presumptive nominee at the time of the Indiana primary – the previous low water mark for a winner in Indiana over the last 50 years was Barry Goldwater’s 67.0 percent in 1964 when he defeated former Minnesota Governor Harold Stassen.

Excluding the Reagan/Ford matchup and the four cycles in which candidates ran unopposed (1968, 1972, 1984, 2004), the average winning percentage for presumptive Republican nominees in Indiana is 80.2 percent, or 16.5 percentage points higher than Romney.

Ron Paul finished second on Tuesday with 15.5 percent which doubled his 7.7 percent showing in 2008.

Ex-candidates Rick Santorum and Newt Gingrich finished in third and fourth place with 13.3 percent and 6.4 percent of the vote respectively.

The Indiana primary has been conducted between in the first eight days of May throughout this 50+ year period.

On Tuesday Romney also had the third lowest GOP winning percentage in the post-1972 modern primary era in both North Carolina and West Virginia.