Only Hugh Butler’s 3.3-point victory in 1940 was more narrowly decided than the Cornhusker Republican Senate contest on Tuesday out of 37 contests since 1916 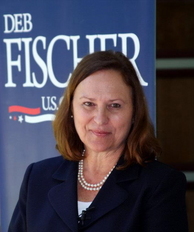 In yet another example of a growing list of underdog candidates rallying to knock off what at one point seemed to be shoo-in GOP U.S. Senate primary favorites over the last few cycles, Nebraska Republican primary voters backed Deb Fischer over Attorney General Jon Bruning in a six-candidate race on Tuesday.

Fischer, who was endorsed by Sarah Palin in the closing days of the campaign and had inched ahead in the polls, not only upset Bruning, but did so in one of the closest races in state history.

A Smart Politics review of the 37 Republican U.S. Senate primaries in Nebraska since the introduction of direct elections nearly 100 years ago finds that the 5.2-point victory by Deb Fischer on Tuesday was the second narrowest margin in Cornhusker State history.

Prior to Tuesday, the average margin of victory in GOP U.S. Senate primaries was 45.5 points dating back to the first such contest in 1916.

On only three previous occasions was a GOP U.S. Senate primary decided by single digits:

· In 1916, in the state’s first such Senate primary after the introduction of direct elections, John Kennedy edged Chester Aldrich by 7.2 points, 53.6 to 46.4 percent in a two-candidate race.

· In 1940, the closest ever race for a Republican primary took place when Hugh Butler defeated Arthur Weaver by just 3.3 points, 37.2 percent to 33.9 percent in a five-candidate field.

The six-candidate field Tuesday was not the largest in state history for the GOP – being equaled or eclipsed five other times in Republican U.S. Senate primaries: 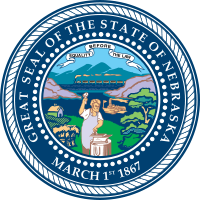 In the 1954 special primary election to serve the remainder of Dwight Griswold’s seat, 16 Republicans appeared on the ballot with the winner – Hazel Abel – winning with 22.6 percent and no other candidate reaching double digits.

In the 1954 primary for the full term of that same seat, Carl Curtis won a seven-candidate race with 39.4 percent of the vote on the way to his first of four terms.

Fischer will face former two-term Democratic U.S. Senator Bob Kerrey, who easily won his party’s primary with over 80 percent of the vote.

Table compiled by Smart Politics with official election returns data from the Nebraska State Canvassing Board.