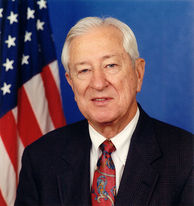 While there were no upsets in the Republican U.S. House races in Texas’ primary Tuesday, the increasing presence of the Tea Party continues to be felt, with particular pressure applied on the Lone Star State’s incumbents.

A Smart Politics review of nearly 350 Texas Republican U.S. House primary races over the last 20 years finds that the 2012 cycle showed GOP challengers exerting a level of pressure on incumbent U.S. Representatives unseen in at least a generation.

From 1992 through 2008, the 119 GOP incumbents saw their general election ticket stamped by an average victory margin of 91.9 points in the primaries – including dozens of candidates who ran without opposition.

In 2010 – the first primary after the formation of the Tea Party – the margin of victory for the 20 Republican incumbents on the ballot dropped noticeably to an average of 80.3 points.

In 2012, that number dropped even further with the state’s 22 GOP incumbents winning by an average of 67.7 points – or 24 points lower than the nearly two-decade long average before the Tea Party’s formation from 1992 through 2008.

The Tea Party has affected the incumbent’s numbers across the board.

On Tuesday, veteran lawmaker Ralph Hall (pictured above) in the state’s 4th CD struggled the most, tallying 58.3 percent and winning by 37.3 points.

The average incumbent vote Tuesday of 82.0 percent dropped 13.3 percent from the 94.6 percent average compiled during the previous 10 election cycles from 1992 through 2010.

Not surprisingly, the sheer number of Republican candidates challenging GOP incumbents has skyrocketed in Texas during the last two cycles.

From 1992 through 2008, just 39 candidates challenged the 119 Republican incumbents in U.S. House primaries, or 0.33 opponents per incumbent.

In 2010 and 2012, the challenger rate more than tripled, with 46 challengers for the 42 incumbents running for reelection, or 1.10 opponents per incumbent.

A key component to chipping away at the average vote tally of Republican incumbents during the 2010 and 2012 primaries has been giving fewer and fewer officeholders a free ride to the general election.