Holding 2010 totals constant for the state’s other 70 counties, Barrett would need to carry 75.1 percent of the vote in Wisconsin’s two most populated counties to beat Walker on Tuesday (up from 64.1 percent in 2010) 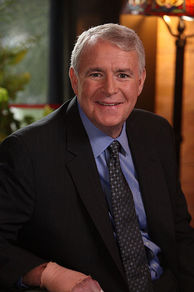 The Wisconsin Government Accountability Board estimated last week that turnout in the state’s gubernatorial recall election Tuesday could hit an astounding 60 to 65 percent, from somewhere between 2.6 and 2.8 million voters.

Underdog Democratic challenger Tom Barrett will obviously have to improve his 2010 numbers across the state’s 72 counties in order to score an upset victory over Republican Governor Scott Walker.

No doubt part of his recipe for success is a particularly large turnout in the state’s most populated counties, Dane and Milwaukee, where Barrett tallied his second (68.0 percent) and third (61.6 percent) best showings in the state nearly two years ago respectively.

Presuming, for the moment, that turnout patterns increase equally across all counties in the state in the recall race, and presuming that the Barrett/Walker county splits hold constant from 2010 in the other 70 counties, how big a share of the vote does Barrett need to snag in Dane and Milwaukee Counties to win the election?

Estimating voter turnout on Tuesday in the middle of the Government Accountability Board’s projections at 2.7 million, that would mean 701,612 votes will be cast in Dane and Milwaukee Counties.

Looking at the Barrett-Walker splits from 2010 across the state’s 72 counties with the new turnout model, Barrett is operating at a deficit of 153,900 votes that he needs to make up, or 1.409 million to 1.256 million statewide.

Of course, the truth is, Walker does not need 75.1 percent of the vote in these two counties.

For if he increases his vote tally to even 68 or 69 percent in Dane and Milwaukee Counties he will undoubtedly be increasing his tally from 2010 in many of the state’s other 70 counties – whether he won them or not in the last cycle.

Then again, it is also possible that turnout in either or both of these two counties could theoretically be much higher (or lower) than the rest of the state vis-à-vis the 2010 race.

So, while the numbers above do not reflect a predictive model, they nonetheless capture a rough gauge of the baseline from which Barrett will need to improve in order to have any chance at victory Tuesday evening.

The converse is also true: if Governor Walker improves on his 2010 best performances in Washington (75.0 percent) and Waukesha (71.5 percent) Counties, then his chances of building upon his 2010 margin of victory also likely increase.