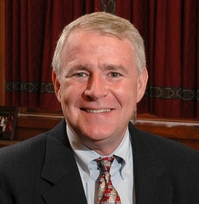 He got a modest boost in Wisconsin’s Democratic strongholds, but lost too much ground elsewhere.

Although the broadcast media was quick to say Democrat Tom Barrett had underperformed in the state’s two most populated counties (Dane and Milwaukee) throughout their election night coverage, by the time all the votes were counted the Milwaukee mayor ended up surpassing his performance in both of these counties from 2010.

Barrett increased his margin of victory over Republican Governor Scott Walker by 3.1 points in Milwaukee County and 1.5 points in Dane County and carried the two with 65.5 percent of the vote overall – up from 64.1 percent two years ago.

But this change was not enough, and far short of the more than 75 percent of the vote
Smart Politics projected Barrett would need to carry the state if he did not perform better throughout the state than he did in 2010.

The problem for Barrett was not simply that Walker gained ground in nearly three times as many counties (53), but also the scale of increase in each.

Barrett’s biggest uptick was in Douglas County – which he carried both cycles.

But Douglas is the only county in which Barrett secured a double-digit increase vis-à-vis Walker from two years ago.

By contrast, Walker increased his margin of victory by 10 or more points in 15 counties across the state, with the biggest occurring in the sparsely populated Taylor County in the northern third of the state.

None of the Top 15 counties with the biggest upticks for Walker came in the southern half of the state.

By contrast, 13 of the 19 counties in which Barrett saw his stock rise on Tuesday are located in the southern half of the state.

Overall, Barrett carried 12 counties (one less than in 2010) including nine in both contests: Ashland, Bayfield, Dane, Douglas, Iowa, Milwaukee, Menominee, Portage, and Rock.

Barrett picked up three counties that he lost in 2010 – Columbia, Kenosha, and La Crosse – but shed four others to Walker: Crawford, Eau Claire, Green, and Trempealeau.

Change in Walker-Barrett Vote Percentage Differential by County, 2010 vs. 2012