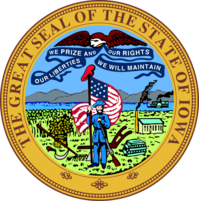 After seizing control of the State House of Representatives during the Democratic waves of 2006 and 2008, Iowa Democrats ceded back the state’s lower legislative chamber in a big way in 2010 – seeing a double-digit seat advantage turn into a double-digit deficit.

That electoral bloodbath was foreseeable, as Democrats had failed to field a candidate in 25 of the 100 Iowa House contests – the largest number by either party since the lower chamber became a 100-member body in 1970.

Meanwhile, Republicans fielded 92 candidates in 2010, which was its best number since the Election of 1980.

With the 2012 primary now in the books, the major party candidate slate is set for November’s general election and Democrats are looking a bit stronger than they did two years ago.

But are the numbers adding up to a takeover of the House?

Two major differences in 2012 as compared to the last cycle are the new legislative district maps and the presidential race at the top of the ticket.

As for redistricting, the new legislative maps were approved by an overwhelming majority of both parties this spring, with no consensus winner of the new lines drawn by the state’s nonpartisan redistricting commission. (Note: The opposition that existed was on the Republican side of the aisle).

As for the presidential race, the latest NBC News / Marist poll of registered voters in late May found the Romney-Obama matchup a tie.

Though Romney probably has a slight edge among likely voters, it is certainly not on the scale of Republican Terry Branstad’s 10-point win in 2010, which should help the Democratic House candidates at the margins relative to two years ago.

First, Democrats will be running a much higher percentage of incumbents from their caucus than Republicans this cycle.

A total of 36 of the 40 Democrats currently serving in the House will appear on the general election ballot, or 90 percent.

By contrast, just 44 of the 60 Republican representatives who were elected in 2010 will be on the ballot in November, or 73 percent.

Another 13 Republicans are either retiring or seeking another office.

Democrats are also in a less vulnerable position vis-à-vis the GOP in terms of the number of unchallenged seats this cycle.

Democrats failed to field a candidate in 20 districts this year – down from 25 in 2010.

Though this is still on the historical high side for the party.

Republicans, meanwhile, have seen the number of seats for which they will not contend double from eight in 2010 to 16 this cycle.

While shy from the party-high of 23 seats in 2004 and 2006, 16 seats is tied for the eighth largest number of House districts in which Republicans have not run a candidate across 22 cycles dating back to 1970.

But can Democrats eke out 51 seats this November?

From 1970 through 2010, Democrats have won an average of 57.2 percent of the districts in which they ran a candidate.

If that general formula holds in 2012, the party would end up short at 46 seats.

There has, of course, been variation in the party’s winning percentage of races it has contested from cycle to cycle.

However, in order to win 51 seats the Democratic Party would have to win 64 percent of the 80 races they are contesting; Democrats have accomplished that only once during the last 10 cycles since 1992.

Democrats won 65.9 percent of the districts in which they ran a candidate in 2006. That was the cycle in which Republicans tied their all-time high of 23 districts without a candidate.