After notching five of the 16 major party U.S. House nominations in 2010, women may secure only two such slots across Minnesota’s eight districts this November 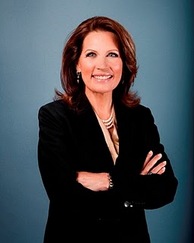 While Minnesota’s 6th CD race in 2010 between Tarryl Clark and perennial Democratic Party target Michele Bachmann was the most expensive in U.S. history, the high profile matchup has not seemed to have a short-term effect on increasing the number of Democratic and Republican women running for the state’s eight U.S. House seats.

Though Minnesota has made significant progress over the last decade or so.

Prior to 1998, there had never been two major party female nominees in the same cycle across all U.S. House districts in the state, let alone in the same race.

Since 1998, there have been at least two each cycle – with peaks of five such DFL and GOP nominees in 2004, 2006, and 2010 (DFLer Shelley Madore in the 2nd, DFLer Betty McCollum and Republican Teresa Collett in the 4th, and Bachmann and Clark in the 6th).

But in 2012, it appears there could be as low as two female nominees and no more than three from the Democratic and Republican parties.

DFLer Betty McCollum from Minnesota’s 4th CD is facing a primary challenge from a few candidates including one woman – Diana Longrie – but is expected to easily emerge from that race and cruise to a seventh term. 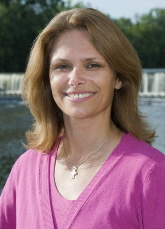 The third potential female major party nominee in a Minnesota U.S. House race this cycle is Tarryl Clark in the state’s 8th CD.

Clark is the most well-funded of the four DFLers running to take on vulnerable one-term Republican incumbent Chip Cravaack, but she has not found the ride to the general election ballot as smooth sailing as it was when she ran in the 6th CD two years ago (when her DFL challenger Maureen Reed dropped out after the nominating convention).

Clark’s chief opponent this cycle is former DFL Congressman Rick Nolan, who has received the DFL party endorsement as well as the nod from the district’s former long-serving U.S. Representative Jim Oberstar, who lost to Cravaack in 2010.

Through the first quarter of 2012, Clark enjoyed north of a 4:1 fundraising advantage over Nolan – though that was prior to his overwhelming (but expected) endorsement by the 8th CD DFL Convention delegates in May.

If Clark fails to win August’s primary, that would likely leave just McCollum and Bachmann as the only female major party nominees – a decline from five women to just two for these 16 ballot slots in one cycle.

In addition, no female Independence Party candidates are running for the U.S. House this year.

In 2010, six women in total were on the ballot across the eight districts including independent candidate Lynne Torgerson in the 5th CD who received 3.7 percent of the vote.

Overall, across the 283 U.S. House races that have been conducted since the DFL merger in 1944, there have been 26 female DFL nominees on the ballot, 12 female Republican nominees, and 18 third party or independent female candidates, for 56 in total.

During this same period there have been 644 male candidates for a ratio of 11.5 men to every woman who has appeared on the ballot over the last 65+ years.

Women have won 11 out of 576 seats in general and special election contests held in Minnesota since statehood in 1857 (1.9 percent).