Democrats and Republicans in New Hampshire, Indiana, Minnesota, and Idaho have fielded candidates in each of the last 100+ U.S. House races in their respective states 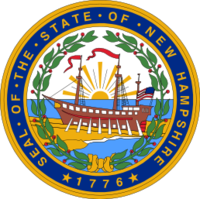 The filing deadline for major party candidates running for the U.S. House has passed in most states for the 2012 cycle.

Significant turnover is projected in the chamber given the mammoth GOP gains in 2010, the introduction of new district lines, the dozens of open seats produced by retirements and members running for higher office, plus the handful of incumbent vs. incumbent matchups in primaries and the general election.

That said, there will nonetheless be many districts across the nation in which only one major party candidate will be on the general election ballot – particularly in lopsided partisan districts.

Nonetheless, there are a handful of states which have offered the full complement of Democratic and Republican candidates across all of its congressional district races dating back several decades.

A Smart Politics review of congressional election data finds that New Hampshire, Indiana, Minnesota, and Idaho lead the nation heading into the 2012 cycle for the largest number of consecutive U.S. House general and special election contests offering both Democratic and Republican nominees on the ballot.

New Hampshire leads the nation with 173 straight U.S. House races with both the Democratic and Republican parties represented on the ballot – dating back all the way to the Election of 1856.

The Republican Party was founded in 1854, but the first GOPers did not appear on the New Hampshire U.S. House ballot until two years later.

Over the next 78 cycles through the Election of 2010, Democrats and Republicans would square off in every Granite State congressional race with the GOP winning 142 districts and the Democrats just 30.

The Granite State will actually be passed this cycle by Indiana, which comes in at 171 consecutive contests with Democrats and Republicans on the ballot across 17 consecutive cycles. The state will add nine more to that tally in November. 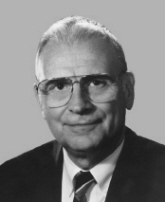 The last time voters in Indiana did not have two major party choices in a congressional race was in 1976 when Democrat Lee Hamilton ran unopposed in the state’s 9th CD contest en route to his seventh term.

Minnesota comes in third with 128 straight contests dating back to 1980 when Jim Oberstar faced only a third party candidate from the American Party while winning his third term from the Gopher State’s 8th CD.

The only other state with a streak of more than 100 consecutive races fielding candidates from both parties is Idaho, with a tally of 105 contests encompassing the Elections of 1902 through 2010.

(In 1900, Idaho Republicans faced only a Populist candidate in the state’s at-large race – the victorious Thomas Glenn).

While New Hampshire’s 150+ year streak of filling out the ballots with both major parties is unprecedented, the streaks in Indiana and Minnesota are particularly noteworthy because these are the only states in the Top 10 with a large number of congressional districts.

Over the course of their current respective streaks, the average number of congressional districts carved out of the states of New Hampshire, Idaho, Montana, Maine, South Dakota, Delaware, Wyoming, and North Dakota is just 1.5 districts per cycle.

By contrast, Indiana has averaged 10 districts on the ballot each cycle since its streak began in 1978 with Minnesota coming in at eight districts, making it much more likely that these two states would host gerrymandered districts than more sparsely populated states.

However, in a sign of party strength for both Democrats and Republicans in these two Midwestern states, districts drawn with a heavy partisan tilt have not deterred the out-party from fielding a candidate.

For example, in Smart Politics’ home congressional district in Minneapolis (the 5th CD), Republicans have fielded a candidate in every race during the state’s 16-cycle streak despite the DFL candidate averaging more than two-thirds of the vote since 1980 (67.4 percent).

Meanwhile, Wyoming and Alaska are the only two states that have fielded Democratic and Republican candidates in every U.S. House race since statehood in 1890 and 1958 respectively.

Despite being on the wrong side of a partisan electorate, Democrats have always stepped up to the plate to take their licks over the decades in these two western states with Republicans winning 53 of 63 at-large races in Wyoming (84 percent) and 22 of 28 at-large contests in Alaska (79 percent).

In the 2010 cycle, 13 states hosted at least one congressional district in which voters did not receive the choice of both a Republican and a Democrat on the ballot: Alabama, California, Florida, Georgia, Louisiana, Massachusetts, Missouri, New York, Oklahoma, Pennsylvania, Texas, Virginia, and Washington.

The 2012 filing deadline has yet to close in Delaware, Louisiana, and Rhode Island.

Note: Includes special elections. Does not include the 2012 general election cycle. Table compiled by Smart Politics.