With seven months left in his term, the president holds the fourth lowest departure rate of cabinet department heads out of 23 administrations since FDR 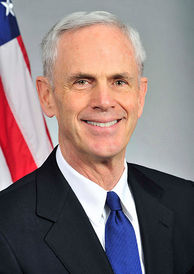 John Bryson’s resignation as Commerce Secretary Thursday is the third departure from Barack Obama’s cabinet during the first 41 months of his administration.

Presuming, for the moment, that Bryson is the last cabinet member to exit during the remaining seven months of Obama’s first term, the 44th President will rank on the low end of cabinet department head exits in the era of the modern presidency.

A Smart Politics review of presidential cabinet data finds that Obama currently ranks tied for fourth of the 23 administrations since FDR’s first term for the lowest rate of department head departures in his administration.

(Note: This analysis focuses on department heads. Excluded from analysis were the departures of acting or interim secretaries who temporarily filled posts between confirmed (or recessed) cabinet appointees). Also excluded are so-called “cabinet-level” positions, such as the Vice-President, Chief of Staff, OMB Director etc.).

Overall, there have been 272 cabinet posts across the 23 administrations since Roosevelt’s first term.

A total of 152 department heads departed during this span (through resignation, death etc.) for an average rate of departure of 0.56 per cabinet post – or just over one departure for every two cabinet positions.

The average department head exit rate for presidents in their second term (and beyond, with FDR) is much higher (0.74) than in the first term (0.47) during this span.

Obama is tied with Lyndon Johnson’s first term for the fourth lowest rate of departure of 0.20 cabinet department heads per administration post.

Prior to Bryson’s resignation, Obama had previously accepted the retirements of Gary Locke (Commerce) and Robert Gates (Defense) in 2011 for a total of three departures across the 15 cabinet posts.

LBJ had two departures out of the 10 departments in his (partial) first term after taking over for the assassinated John Kennedy: Attorney General Robert Kennedy and Commerce Secretary Luther Hodges.

The only three administrations with a lower rate of departure were the first and fourth terms of FDR with one departure from the 10 cabinet positions of that era (0.10) and George W. Bush’s first term at 0.13, with just two departures from 15 cabinet positions (Treasury Secretary Paul O’Neill and HUD Secretary Mel Martinez).

(Note: Roosevelt’s fourth administration comes with an asterisk as it lasted less than three months).

Not surprisingly, the administrations with the highest rate of departures for department heads were Harry Truman’s first term at 1.36 departures per post and Gerald Ford at 1.09.

Truman and Ford of course inherited Roosevelt and Nixon’s cabinet after their predecessors’ death and resignation respectively – less than three months into the term for Truman in 1945 and one year and seven months for Ford in 1974.

It is not clear at this point when Barack Obama will send a new appointee to Congress for confirmation to replace Bryson.

In the meantime, his deputy secretary, Rebecca Blank, continues to serve as acting secretary as she did while Bryson took a leave of absence earlier this month after his involvement in two car crashes in California.