Nearly one-third of the members of Congress who made the list prior to the last election cycle eventually lost their seat, lost a race for higher office, retired, or resigned in scandal 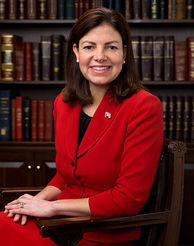 Since its first release in 2004, a total of 60 members of the two chambers have made the list which now boasts 450 alumni from Paul Ryan to Nancy Pelosi to scores of staffers.

However, things have not always worked out as planned for these men and women after being designated as one of The Hill’s most beautiful.

A Smart Politics analysis of The Hill’s 50 Most Beautiful People List finds nearly one-third of the members of Congress listed from 2004 through 2010 are no longer in political office (15 of 48, or 31.3 percent).

(Members listed after 2010 have not yet gone up for reelection).

To be sure, there have been many success stories of those who have received this playful honor from The Hill.

A total of 28 members of Congress have held their seat since being named to the list – not counting the 12 individuals named since the Election of 2010.

Another five individuals have successfully run or been appointed to a higher political office, with Barack Obama the most distinguished alumnus of the group (making the list as a U.S. Senator in the Class of 2005).

Other members of Congress who went on to a higher office are:

· Oklahoma Republican Mary Fallin (Class of 2007): Won reelection to the House in 2008 and Oklahoma’s gubernatorial contest in 2010.

But it has not all turned up roses for The Hill’s beauties.

Another four members of Congress got a bit greedy and lost their bids for higher political office:

Another six members of Congress resigned or retired, some in good standing…

…and some under the cloud of scandal: 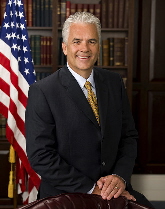 · Nevada Republican John Ensign (Class of 2006) resigned from his U.S. Senate seat in 2011 after a drawn-out scandal involving an extramarital affair that led to investigations by the FBI, FEC, and Senate Ethics Committee.

· New York Republican Vito Fossella (Class of 2008) did not seek reelection to his House seat after a DUI arrest and the revelation he had had an extramarital affair that resulted in a child.

And what will be the fate of the remaining 40 members of The Hill’s list after the 2012 election?

· Three of the nine remaining U.S. Senators from the various annual installments are up for reelection this November: Washington Democrat Maria Cantwell (Class of 2004), Ohio Democrat Sherrod Brown (2007), and Massachusetts Republican Scott Brown (2010).

· Twenty-eight other House members are seeking reelection to their seat, with some designated as potentially vulnerable in 2012 by D.C.’s leading prognosticators including Nan Hayworth (NY-18), Michael Grimm (NY-11), Mary Bono Mack (CA-36), and Michele Bachmann (MN-06).

All told, 32 Republicans and 28 Democrats from the U.S. House and Senate have made The Hill’s 50 Most Beautiful People list over the last nine years.

Thirty-eight of these have been men (of which there is a much larger number in the two chambers) compared to 22 women.

Table compiled by Smart Politics from reports by The Hill.